Breaking News
Home / Faith / The Root of All Evil 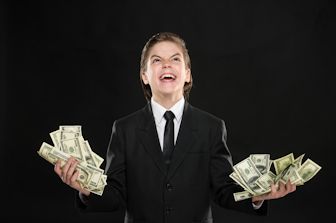 The Root of All Evil

The Root of All Evil

1 Tim 6:10 For the love of money is the root of all evil: which while some coveted after, they have erred from the faith, and pierced themselves through with many sorrows.

When asked the following question: What is the root of all evil? People will commonly reply “money”, but this is not the complete answer. It is actually, “the love of money”. You see, money can be a useful thing. It helps systems to stay organized. For example, the pay one might receive for working a full-time job is greater than that in contrast to if they were to work the same job part-time. Money also brings forth charity. People are likely to contribute, and this in turn can be a very rewarding experience to them, as well as to the people their charity reaches.

Now, lets plug the “love of money” into the equation. People can burn themselves out by working too much in trying to gain a financial advantage. The love of money can lead to greed, even to the point where it leads to criminal activity, to include robbery and in some cases murder. Now lets explore this even further and see what the Holy Bible has to say about the love of money.

In John 2:13-16, Jesus entered the Temple, and saw the money changers selling sheep, oxen, and doves for sacrificial purposes. This angered Him so much that He made a scourge of cords and drove these money loving men out of the Temple, with a warning not to make His Father’s house, a house of merchandise. You see, these men could of sold these animals elsewhere, but they knew they could make a nice profit where these sacrificial animals were needed. They tried to capitalize, and Jesus called them on it.

Another example. In Matt 21:18-35, Jesus tells a parable about an unforgiving servant. The unforgiving servant owed a great debt to his master, which his master forgave. The servant then went to a fellow servant who owed him a lesser debt that he couldn’t pay, and he refused to forgive him. Talk about a hypocrite! Anyway, he has his fellow servant throw into prison, but little does he know the other servants are going to go and snitch on him to the master about what he has done. The master then chastises the wicked servant and throws him into the prison, and refuses to release him until he can pay back the greater debt. So the state of the wicked servant would have been better if he would have just forgone his greed and forgiven his fellow servant.

Lets look at one final example. Judas! He walked alongside the Son of God and still betrayed Him for what? You got it! Thirty pieces of silver. Nowadays one would probably attribute such a crime to temporary insanity, however Judas’ crime was one hundred percent greed. In fact, Luke 22:3 tells us Satan entered Judas, which further led to his demise. He ended up experiencing such a guilt that Matt 27:5 tells us that Judas threw down his silver in the temple then went and hung himself.

So my friends, how do we apply this to our lives? Well, lets first take into account the things that are far more important than money. Things such as God, family, health, and fellowship. Once you established a solid framework in your life with the important things, then you can plug in your financial situation and what role it can and should play in each category. Don’t sacrifice the love of money for anything good. And I tell you, if you’re loving money, then step back and take a good look at yourself, because what you’re experiencing is rooted in evil. I know that may sound harsh, but it’s true. Look what it did to one of Christ’s apostle. Someone who saw firsthand the love of Jesus Christ, our Lord and Savior. Don’t let Satan steal your joy like he did with Judas. That’s it my friends. God bless.

Joel M. Bauer is a 45-year-old U.S. Army Veteran from Dunn, NC, which is just outside of Raleigh. After being honorably discharged from the U.S. Army, he attended school at Taylor University, a Christian liberal arts school, in Fort Wayne, IN, where he received his BS in social work and psychology. He has worked in such places as a homeless shelter, a community based treatment center for severe mental illnesses, a school for troubled students, and other social service agencies. His current endeavor is to build The Bottom Line website into a site that inspires both Christians and non-Christians alike, and brings glory to God.
Previous A Sleepless Night
Next “You’ve Got a Friend” Movie Review