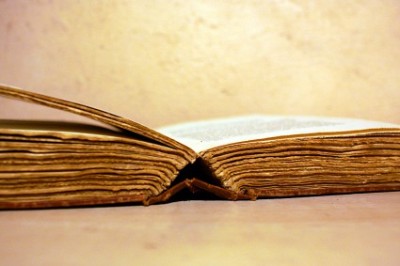 The Story Behind Your Scars — God’s Grace Revealed

Fortunately, I do not have many physical scars. There’s a small one near my left wrist that is the result of a bad burn I received when I was young. The worst one, though, is the one on my bottom lip. For some reason, that particular scar possesses a bluish-purplish tint that makes it appear as if I’ve been chewing on a leaky pen. It’s very noticeable but not very memorable. In fact, I have no idea how I came by such a bizarre scar, but I know it’s not been there my whole life, so somewhere in my past, I earned that mark.

My husband, bless his heart, has many scars. As a rough-and-tumble kind of guy, he wears his scars as badges of honor. Like the scars from his head-on collision with a dump truck. Or the scar on his knee where he laid it open with a single misstep while at work. Many scars, each with a story, and ironically enough, it seems the more tragic the event, the more memorable the scar.

I like to think that our spiritual scars are the same way. Those horrible marks left behind after every failure and every fall. The scars that we obtain as we push our way through the fires of life or press on through the field of thorns. Our spirits are marred with reminders of both battles fought and victories won. And just as with physical scars, the more harsh the trial, the more memorable the scar, and that’s a good thing.

When we look at our scars, our minds are drawn back to the time when we received those marks. Sometimes those memories bring with them grief or regret, but more often than not, they carry with them a sense of awe. We stare at those scars and think, “Yeah, that was a bad situation, but I made it through.” According to the online dictionary, a scar is “a mark left by a healed wound, sore, or burn.” The mark remains, but the wound itself is healed. We made it through a horrible situation and lived to tell the tale. Not only that, but we now have a visible reminder of our victory over that circumstance.

The Lord wants us to see our spiritual scars in the same light. He doesn’t want us to focus on our marks so that we can analyze our mistakes or relive our past. On the contrary, He wants us to view our scars, remember the events that caused them, and then bask in the victory and healing that He allowed. He wants us to smile at our scars and say, “Yeah, that was one really tough situation, but I made it through, and I have the scars to prove it.”

Our scars speak of our perseverance. They are a testimony of battles won. But most of all, our scars are reminders of God’s grace, for it is only by His grace that we could press on in the fight.

Scars, both physical and spiritual, are nothing to be ashamed of. Instead, they should be worn and displayed as badges of honor. Not honor to us for what we’ve done, but honor and glory to God for all that He’s seen us through. And not only do our scars remind us what God has done for us, but they encourage us to trust in what God will do for us. After all, He never changes and neither does His mercy, love or grace. If He has seen us through in the past (and we can all say He has), then He will continue to do so. Yes, we may earn a few more scars along the way, but who doesn’t want another reminder of God’s grace?

“Many, O Lord my God, are thy wonderful works which thou hast done, and thy thoughts which are to us-ward: they cannot be reckoned up in order unto thee: if I would declare and speak of them, they are more than can be numbered.” – Psalm 40:5

Which of your spiritual scars is the most memorable? In what ways can that scar inspire praise to God?

Dana is a full-time Christian author and speaker residing in Greenville, SC with her husband and two dogs. In fulfilling her call to evangelize the lost and edify the saints, Dana spends her days writing devotions, devotional books and books for children, as well as recording podcasts on various Biblical topics. She serves in many capacities at her local church, including the roles of church pianist and ladies' Sunday School teacher. Dana has a passion for souls and longs to be used of God in whatever way He deems necessary. When not writing or serving at church, Dana can most likely be found reading or hiking a nearby trail.
Previous The Police’s Behavior Vs. Your Response
Next Biblical Submission is Not Servitude