Breaking News
Home / Family / The Police’s Behavior Vs. Your Response 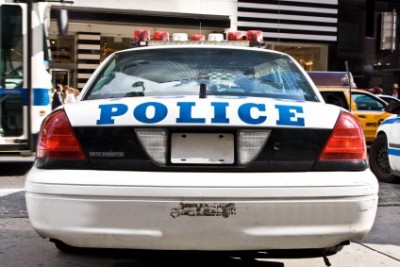 The Police’s Behavior Vs. Your Response

A video recently went viral, of police officers in Texas using force on a group of African American teens at a pool party. One officer literally manhandled a teenage girl, forcefully throwing her to the ground and kneeling on top of her. He also aimed his gun at several unarmed youths. These kids innocently went to the party for a good time, but the evening quickly turned bad.

The unfortunate event in McKinney, Texas, wasn’t as a result of drugs or gun. What was meant to be a fun gathering turned sour because one group of people felt threatened by another group. The police, instead of restoring normalcy and peace, further aggravated the situation with unnecessary force.

Undoubtedly, the police officers were at fault—especially the one who slammed the girl to the ground. However, it takes two to tango. The reaction of some of the youths involved played a part in how the situation escalated. In one instance you could hear the officer saying, “I told you to sit and you wouldn’t listen.” Sometimes you may think your parents are unfair, but you’re still expected to show respect. The same applies to police officers and other authority figures. (Romans 13:1)

Your attitude is key. Being in the right doesn’t give you the green light to behave badly. You’ll only strengthen your case when you handle things in a peaceable manner. Follow these simple tips when dealing with police officers and you’ll walk away without violence or better yet, with your life.

Stay Calm and Maintain Self-control
If in a confrontation with police officers, the best thing you can do is stay calm. You cannot always control the actions of others, but you can always control yours. In difficult circumstances, you can choose to let anger make it worst or choose to deescalate the situation with calmness. Be the boss of your actions and choose flight instead of fight.

Make No Sudden Moves
Police officers are trained to defend when threatened. Don’t let your actions make them feel threaten. You might be reaching for your phone or an ID, but they might realize that truth when it’s too late. Tell them what you’re doing and make each move slowly and deliberately.

Be Respectful
There may be feelings of confusion, disappointment, or frustration. But anger is always the key ingredient in a recipe for disaster. It’s the emotion that leads out ahead of logical thinking. During this time, it’s easy to start shouting, talking back, and cursing police officers. But this will only add fuel to an already blazing fire. It’s important to remain respectful and listen.

“A fool gives full vent to his anger, but a wise man keeps himself under control.” (Proverbs 29:11)

What else can you recommend to make confrontations with police officers more peaceably?

Amelia Brown is from the beautiful island of Jamaica. She is a 28 year old Guidance Counselor by profession, but a passionate writer at heart. Most of her articles written are aimed at stimulating positive change under the guidance of the Holy Spirit. She is also a published poet and a member of Faithwriters. Outside of writing, she enjoys volunteering, cooking, and turning frowns right side up. Amelia currently lives in New York.
@ameliambrown
Previous Elisabeth Elliot: Learning from a Life of Faith
Next The Story Behind Your Scars — God’s Grace Revealed