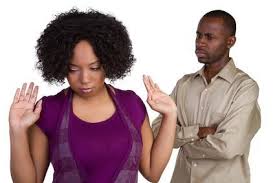 Biblical Submission is Not Servitude

Obedience is better than sacrifice. (1 Samuel 15-22)  The issue of submission to authority is certainly one of the most misunderstood and rebelled against in the Bible.  People do not take the time to study God’s Word, read godly commentaries, and seek out online resources to help explain, not only what this is, but also what it is not.

In any organization, there must be a chain of command for the betterment of the day-to-day operations.  You cannot have two people in charge; it creates confusion.  biblical submission is not about oppression or servitude, it is about protection.  All are under God’s authority; therefore, we are His servants.  Don’t mistake serving or service with servitude.

What is the difference?  Servitude, as defined by Encarta Dictionary is, “the state of being a slave, the state of being ruled or dominated by somebody or something, and, work imposed as punishment for a crime.”  The answer lies, as all answers do, in God’s Word, His love letter to His people, among which we are numbered.  Got questions.org answers the question of what the Bible has to say about being a servant like this:

The sole purpose in Jesus’ incarnation, crucifixion, and resurrection was to serve us.

The Biblical plan of authority places the husband under God and over the wife as the weaker sex or vessel. (1 Peter 3:7)  This is another misunderstood concept.  Yes, women are usually physically weaker than men, but in this context God, through Peter, is saying a man is responsible to care for and protect his wife, as well as to stand by her.  I don’t think many women would object to their husbands standing up on their behalf to protect them.  In conflict of any kind, he places himself as a shield to see that no harm will come to her and take her side in public.  She can count on him.  This is the real meaning of the biblical concept of submission.

Do you struggle to understand this concept?  What are some ways you can put submission into practice?