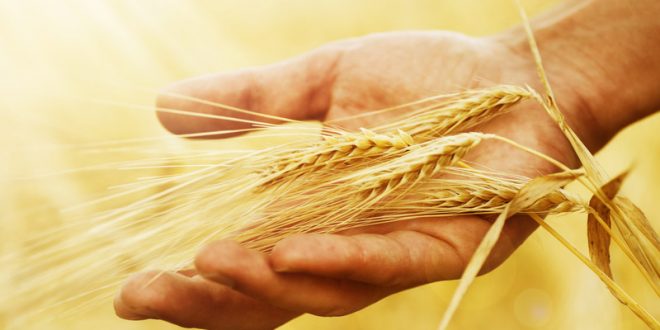 “Threshing floor” is used at least 38 times in the Old Testament and twice in the New Testament (Matt 3:12, Luk 3:17). Something that’s mentioned that many times would signify some degree of importance, wouldn’t you think?

So, my first question when God revealed this to me was; what is a threshing floor? I do believe that God is showing me that He is preparing a great threshing floor. And it has to do with the next Great Awakening.

“If ever there was a time this country needed the intervention of God, it is now,” Graham wrote in a letter to supporters of the Billy Graham Evangelistic Association. “We can and should pray for America as a whole, but remember that when God sets out to change a nation, He begins by changing people. It starts with individuals.”

According to my study, there are 6 different steps in the process of threshing grain so I would like to go through those steps and compare them with scripture so we can get a glimpse of what God is doing and, what I believe He is about to do in the very near future.

Now get this picture in your mind; they tossed the grain into the air so the WIND would blow away the chaff, leaving the grain at the winnower’s feet. The wind is used by Jesus in referring to the Holy Spirit in John 3:8 and we all know what happened on the day of Pentecost. “Suddenly a sound like the blowing of a violent wind came from heaven…” (Acts 2:2)

Many preachers and evangelists all over America, including the Billy Graham Organization, believe that America is in the throes of another Great Awakening. That word, “throes” is defined as “an upheaval or a strong or violent change” like a violent wind. I believe a violent wind will come from heaven and sweep through America.

Are you one of God’s chosen or are you an unrepentant sinner holding out because you don’t believe? How do I convince you? Let me put it this way; Rome was once a great nation but it was destroyed because of corruption among its leaders. Israel was God’s chosen people but because of their disobedience God allowed them to be taken into captivity for more than four hundred years. An entire city, Sodom, was destroyed by burning sulfur because of sexual immorality. Do you see any comparisons here?

Colossians 3: 13 Bear with each other and forgive whatever grievances you may have against one another. Forgive as the Lord forgives you. And over all these virtues put on love, which binds them all together in perfect unity.

Forget about denominationalism and traditions set down by men. Get back to the word of God. I’m not suggesting that you leave your Baptist Church or your Methodist Church or your Assembly of God or whatever; I’m simply saying that we need to forget our differences and focus on where we are in agreement; that Jesus is Lord and He calls us to follow Him and He instructs us to obey the will of the Father. You better get yourself ready for the winnowing.

If you don’t know Jesus Christ as your Lord and Savior, I urge you to repent of your sins; turn your life over to God or you will face His judgment. You can fall to your knees right this moment and cry out to God. “Everyone who calls on the Name of the Lord will be saved.”

But you must do it in faith and belief; not merely using words to make you feel good because Jesus said “Not everyone who calls me Lord, Lord will enter the Kingdom of Heaven, but only he who does the will of the Father. (Matt 7:21)

When you do fall to your knees and ask for God’s forgiveness, your next step is to make it public. You need to be baptized in public. Jesus said “If anyone is ashamed of Me in this adulterous and sinful generation, the Son of Man will be ashamed of him…” (Mark 8:38) Then find a group of believers and unite with them. You better get yourself ready for the winnowing.

And may God bless us all. Amen.

So let me ask you again; are you chaff or wheat? Where will you stand when God awakens His people and saves America?

I'm a former police officer and private investigator. Following my law enforcement career I studied for 2 years at seminary in Fort Worth, Texas (where I started writing) and drove a tour bus across USA and Canada for 9 years. I have 4 daughters and 9 grandchildren. At the present time I live in Indiana.
Previous Reconciling Christianity and American Politics
Next OUR HOPE: Acknowledge The LORD In Our Fear 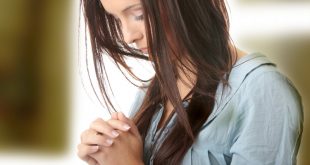 Nehemiah 8 & 9 The professor was teaching from the book of Nehemiah. I had ...