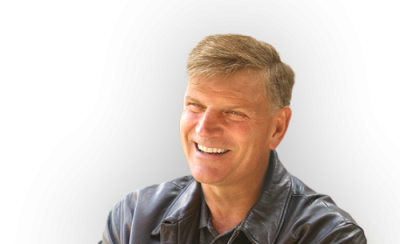 The Top Christian Leader In America

A list came out recently of prominent Christian leaders in America. These are people that, according to Newsmax, are making “a real impact on modern lives in 2015.” They are men and women who are in positions of influence, and “compelling preachers” who are driving their “effect on American politics.”

Out of 100 people, the number one name is a godly man who is not a mega-church pastor; nor does he preach prosperity doctrine. He is not an emotional charismatic preacher. The person selected proclaims the simple message of salvation. So, who is considered to be the top Christian leader in America, as determined by Newsmax? It is none other than Franklin Graham, and his father is in  fifth position. Indeed, the Graham’s are a father and son team who are highly respected pillars of the Christian faith.

Many people may not know that Franklin, in his younger years, “wanted to have fun” and began living a wild and undisciplined life. He was attracted more to “guns and motorcycles, cigarettes and alcohol” than he was to the gospel message. His father, Billy, finally told him that he needed to “accept Jesus Christ and what he says and obey him and follow him, or…reject him. There is no middle ground.” Franklin eventually accepted Christ, and the rest is history.

In 1970, Samaritan’s Purse was founded. Since 1993 the organization has collected and distributed 113 million shoe boxes filled with goodies to children in 150 nations! The ministry has 500,000 volunteers around the world.

The Billy Graham Evangelistic Association, which Franklin also leads, started an Internet ministry in 2011 called, Search for Jesus. As of this writing, over 6 million people have come to Christ.

Mr. Graham will be holding prayer rallies in every state of America in 2016. It is called, Decision America Tour, because he believes that “the only hope for the country is Almighty God and His Son Jesus Christ.” Franklin is gravely concerned about the spiritual and moral condition of America and has become a “spokesman” for God’s righteousness and love for each and every person.

Franklin Graham is a man of humility and compassion, with a simple message of salvation found only in Jesus Christ. In John 6:37, Jesus is quoted as saying that “…he that comes to me I will in no wise cast out.”  This is the message of Franklin Graham’s life, and the message he so desperately desires to proclaim to the nation. It is very fitting, and heartwarming, that he was selected for this position, especially in a time when Christians are being persecuted and biblical truth is being trampled upon. Thank you, Mr. Graham, for your spiritual and moral leadership.

Tags "Decision America Tour" "Search for Jesus" BIlly Graham Billy Graham Evangelistic Association Franklin Graham heartwarming stories for April 2015 him that comes to me I will in no wise cast out John 6:37 National Day of Prayer Address by Franklin Graham Newsmax Samaritan's Purse

John Livingston Clark is 67 years of age and lives in central Washington State. He has written two published books, and two published poems. His initial book is called, " God's Healing Hope: Breaking the Strongholds of Wrong Thinking." His second book, released in December of 2016, is a motivational book written to seniors titled, " Seniors: Are You Retiring or Recharging?" Both books are available on amazon. You can also view his writings on www.faithwriters.com. John is available to speak on a variety of topics. Visit me at jclarkministries.com
Previous Christians and Greek Life: Should I Pledge a Fraternity or Sorority?
Next Grace In The Midst of Sorrow