Breaking News
Home / Faith / Christians and Greek Life: Should I Pledge a Fraternity or Sorority? 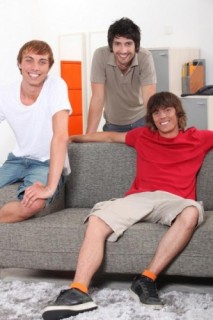 Should a Christian get involved with a fraternity or sorority?

Christians and Greek Life: Should I Pledge a Fraternity or Sorority?

A young woman was struggling in her marriage, instigating quarrels with her husband that were previously uncharacteristic of her. When she sought ministry, she was asked if she’d had any involvement with the occult. It was then that the minister noticed a ring that she was wearing. It was an owl-shaped diamond cluster, and when asked about it, she said it was a sorority ring. The owl signified hidden wisdom, and was the sorority mascot. The minister discerned that there was a demon connected with the ring, and when it was thrown away and her sorority vows renounced, a demon came out of the woman. Her marriage troubles subsided following her deliverance.

This story, along with extraordinary testimony of what happened when the woman’s parents destroyed the affiliated owl collection she had left in their house, are detailed in Jim Croft’s book Invisible Enemies: How to Recognize and Defeat Demons. The people ministering to the young woman were Derek and Lydia Prince.

For any Christian, teenager or otherwise, it is important to understand that there is a significant relationship between any secret society, including Greek Letter Organizations, and the occult. The word occult means “hidden,” and any knowledge or wisdom gained apart from God is deadly. Greek Letter Organizations (GLO) are often affiliated with pagan gods (idolatry), and their practices often bear a relationship to Freemasonry, Illuminati, or witchcraft, all of which have occult origins. Elements frequently found in some of these secret societies are:

“If your brother, your mother’s son, or your son or daughter, or the wife you cherish, or your friend who is as your own soul, entice you secretly, saying, ‘Let us go and serve other gods’ (whom neither you nor your fathers have known, of the gods of the peoples who are around you, near you or far from you, from one end of the earth to the other end), you shall not yield to him or listen to him.”

In light of all of this, is it possible that a Christian could, in faith, join a fraternity or sorority? Here are some questions to consider:

Are you considering joining a fraternity or sorority? Have you been a part of any kind of secret society in the past? Has the Holy Spirit highlighted anything as part of this association that you prayerfully need to recognize, repent of, and/or renounce?

Emily Tomko's radical encounter with the Lord while at a nightclub changed her life forever and inspired her first novel, College Bound: A Pursuit of Freedom. She is the author of seven books, including 31 Thoughts on Prophecy and Leaving the Shallows: igniting the faith that overcomes the world. Her tastes tend toward vintage and she's a Germanophile, having spent a year in Bremen and Nuremberg. Emily loves the scriptures and writes with fierce compassion and a deep desire to see people freed from the miry clay of this world and walking in the truth.
Previous The Devil Can’t Dance
Next The Top Christian Leader In America