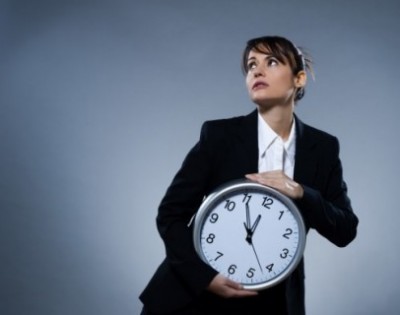 What do you do with the time you have been given?

Recent observations show that teenagers are spending larger quantities of their time engaged in multiple technologies rather than face-to-face contact or connecting and interacting with the world around them. In addition, the gifts and talents they have been given are sitting idle or are not even being used. Instead, there is little if any motivation to make a difference in the word.

Below is a list of the top 10 technologies where teenagers are spending their time:

As a teacher, I see so many young minds, gifts, and talents being wasted away all due to a lack of motivation. Instead of having a desire to be successful in life, kids would rather sit and hold a remote, have everything handed to them, and not think for themselves. What a tragedy especially as the hands of time keep moving forward.

What is causing this lack of motivation? Is it indecisive parenting, a breakdown in the family dynamics, the constant desire to get a prize for everything, or maybe it is something even bigger? Dare I say it? There is no motivation because kids are afraid to fail. Therefore, if they don’t try, how can they fail in the first place? That is the first mistake and assumption made because by not trying, you have already failed.

The second key factor involves the word “multi”, meaning more than one. Kids have become accustomed to overstimulation-too many choices. They live in a world where having less than two choices for something is a rarity. Take the beverage aisle for example. Do you want diet, zero calories, minimal sugar, real sugar, and the list goes on and on. When you always have a choice, why do you need to worry about a simple answer especially when the choice you pick seems to never be wrong. Have we created the next generation to be so dependent upon receiving the answers that they never have to think for themselves?

We have all been blessed with talents and gifts. How we chose to use them, if at all is up to us. Jesus explained this in a parable. There once were three men who were given three different amounts of money (talents) from their master. While the master was away, the first man took all of his talents, and put it to good use and gained a return of five more talents. The second man did the same but his starting amount was only two, yet he gained two additional talents. The last worker took his talent and buried it and gained nothing for he was afraid. When the master returned, each servant was congratulated on their hard work and given even greater responsibility than what they previously had- all that is except for the last servant- the one who buried his talent.

His master replied, ‘You wicked, lazy servant!…take the bag of gold from him and give it to the one who has ten bags.… And throw that worthless servant outside, into the darkness, where there will be weeping and gnashing of teeth.’ (Matthew 25:14-30)

God calls us to use the talents and gifts we have been given and not waste them even if we are afraid to fail, we must first try. Let us not continue to buy into time stealers, but instead use our time to make a difference for the eternal kingdom. After all, we only have one go around on this ride called life.

is an author and editor for The Bottom Line Ministries as well as a member of Faith Writers. Currently she teaches high school language arts. She is a mom to four amazing blessings and enjoys every moment life has to offer. Renee has a fervor and drive to learn, she loves to read and spend time with her family, and is involved with her local church ministries. Humbled by God’s gift of words, she has a passion to write what the Holy Spirit has placed in her heart. She hopes to publish her in-progress book someday, but in the meantime, is honored to be placed as part of the TBL writing family and is holding on to the ride wherever God is leading. Renee and her family reside in their country home in Holland, Iowa.
Previous When our Words Become a Curse
Next Abortion: It’s A Man’s Issue Too