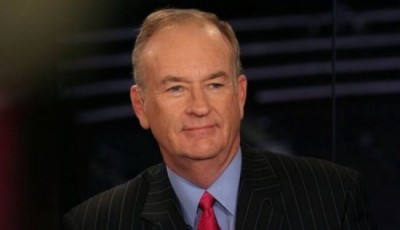 The Truth of Bill O’Reilly

The Truth of Bill O’Reilly
By John Livingston Clark

He is always looking out for us. With so many celebrities speaking out against Christianity, blaspheming God, and seeking to destroy our crosses, he is a breath of fresh air. The familiar face on Fox News is a graduate of Harvard and host of the “The O’Reilly Factor.” Fourteen books have his name on the front cover. He seeks to get to the truth and is known for the saying, “The spin stops here.”

So, what is the truth about Bill O’Reilly? In an interview with Sally Quinn, founding editor of OnFaith, he talks about growing up in a Catholic home and attending Catholic school. In church he was an altar boy. In school he had a reputation for arguing with the nun teaching the class. He was a little “thug” then, and now, in his words, “I’m getting paid millions of dollars for being a big thug.”

His beliefs are centered around traditional Christian teachings. He believes that Jesus is the Son of God, intelligent design, individual free will, and that each person will be rewarded or judged based upon what a person does with his or her life.

He also offers some insight into the thinking of today’s culture. His view on the “secular-progressive movement” is that it does not want to take “people of faith seriously.” In his opinion people ridicule religion today because they don’t want to be held accountable to a belief system that holds them back from living life as they choose.

In another interview with Matt Lauer on the “Today Show” he further expressed his beliefs in Judeo-Christian values in reference to what he believes should be taught in the public schools. The reason he gave for this is that these values are the basis for our country’s laws and philosophy. He also believes that the life and person of Jesus should be a part of the curriculum simply because he is the most famous person who ever lived. Based upon that O’Reilly says kids should be taught what happened to Jesus, and why.

In his interview with Sally Quinn he said, “The truth does not have labels.” Nicely put! So, these are some of the core beliefs about Bill O’Reilly. Oh, and thanks for looking out for us.

John Livingston Clark is 67 years of age and lives in central Washington State. He has written two published books, and two published poems. His initial book is called, " God's Healing Hope: Breaking the Strongholds of Wrong Thinking." His second book, released in December of 2016, is a motivational book written to seniors titled, " Seniors: Are You Retiring or Recharging?" Both books are available on amazon. You can also view his writings on www.faithwriters.com. John is available to speak on a variety of topics. Visit me at jclarkministries.com
Previous Dead to the World
Next Cigarette Butts at the Gas Station