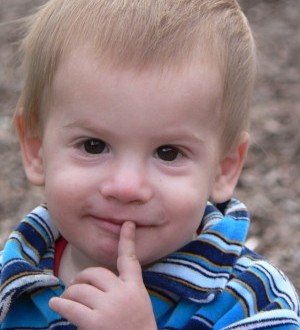 The Value of A Time To Be Quiet

It was a strange battle plan by any standards! Marching around the walls of the city. The priests blowing trumpets. According to our human logic, the entire assault was nonsensical, but that just goes to prove that God’s ways are not our ways (Isaiah 55:9). They’re much better. . . even when they don’t make sense to us.

Now Jericho was straitly shut up because of the children of Israel: none went out, and none came in. And the Lord said unto Joshua, See, I have given into thine hand Jericho, and the king thereof, and the mighty men of valour. And ye shall compass the city, all ye men of war, and go round about the city once. Thus shalt thou do six days. And seven priests shall bear before the ark seven trumpets of rams’ horns: and the seventh day ye shall compass the city seven times, and the priests shall blow with the trumpets. And the armed men went before the priests that blew with the trumpets, and the rearward came after the ark, the priests going on, and blowing with the trumpets. And Joshua had commanded the people, saying, Ye shall not shout, nor make any noise with your voice, neither shall any word proceed out of your mouth, until the day I bid you shout; then shall ye shout. – Joshua 6:1-4,9-10

While the battle plan as a whole seems bizarre, the part that really makes me stand in awe is the command that the people not utter a sound for the first six days of marching. No sound! No words! Nothing. They were commanded to march in complete silence.

My first thought was that maybe they were trying to employ stealth, but that’s obviously not the case since the priests were blowing trumpets the entire time. The inhabitants of Jericho had to know that the children of Israel were just outside their walls. In fact, it’s quite possible that many of the people of Jericho were watching over the walls, waiting to see what Israel would do. Imagine their surprise when the people marched silently around the walls once a day for six days straight!

So, if the people weren’t trying to sneak up on Jericho, why did they have to be quiet? What was the big deal? And if you think about it, if all the people were marching (as the Scripture seems to imply), then that means there were men, women and children. Can you imagine what it must have been like trying to keep a child quiet for six days? That would be a miracle in and of itself, right?

Why the command to be quiet? The more I think about it, the more I call to mind Psalm 46:10,

I believe that God wanted the people to be quiet so that they could have the time to reflect on what God was doing and what He would do in their lives. The time of silence gave the people time to pray. It gave them a chance to pay attention to what was going on around them. They had the opportunity to closely examine the sturdy walls of Jericho and wonder how in the world God was going to get them through to the other side. The Israelites had a peaceful time to reflect on God’s goodness and protection throughout their wilderness wandering. It would have been difficult to do any of that if they had been preoccupied with conversation.

We could certainly benefit from that lesson as well. Let’s face it, sometimes we talk too much. We live in a noisy world, and it can often become overwhelming and certainly distracting. For that reason, God urges us to take some time and be quiet—to simply sit still in His presence. During that time, we can listen to God’s message for us, reflect on God’s goodness in our lives, wonder in eager anticipation how He will get us through our current trial, and merely enjoy the time in His presence. We don’t always have to be the one talking. Sometimes we just need to be quiet.

What time will you set aside to be quiet before the Lord? Has God ever revealed something to you in your silent time with Him?

Dana is a full-time Christian author and speaker residing in Greenville, SC with her husband and two dogs. In fulfilling her call to evangelize the lost and edify the saints, Dana spends her days writing devotions, devotional books and books for children, as well as recording podcasts on various Biblical topics. She serves in many capacities at her local church, including the roles of church pianist and ladies' Sunday School teacher. Dana has a passion for souls and longs to be used of God in whatever way He deems necessary. When not writing or serving at church, Dana can most likely be found reading or hiking a nearby trail.
Previous Top 5 Worst Things You Can Do To Your Marriage
Next God Still Gives Divine Revelation Through His Word