Breaking News
Home / Faith / The “Why?” that God Answered 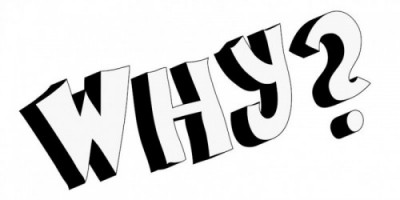 The “Why?” that God Answered

When tragedy strikes, illness rises strong and bold, and dreams go unfound, we often ask “why?” Or more precisely, “why, God?”

Sometimes our question reverberates off the walls of our broken hearts and is left unanswered. That’s when faith kicks in. Trust. Because we have no other choice. So we take the broken pieces and make something new, something stronger, something bolder. We heal.

But every once in a while, the “why?” is answered.

In John 9, the disciples and Jesus were walking along when they came across a man who had been blind since birth. The disciples asked him, “Rabbi, who sinned, this man or his parents, that he was born blind?” (v. 2).  And Jesus answered, “Neither this man nor his parents sinned, but this happened so that the works of God might be displayed in him” (v. 3).

The “why?” was answered.

This verse gave me such tremendous hope in the midst of an earth-shattering trial my husband and I went through a few years ago. And it gave me hope once again when my father was diagnosed with cancer last year. And when I stood by my grandfather’s bedside as he passed away a month after my father’s diagnosis.

“…this happened so that the works of God might be displayed in him.”

I think we often forget that Jesus is far more concerned with the Father’s will than He is our short-term, even our long-term, comfort. It’s hard to wrap our minds around that in the midst of such pain. It’s not that He doesn’t care; it’s that the eternal purpose always supersedes the temporary.

Two chapters later in John 11, Jesus allowed Lazarus to die. He waited until Lazarus had been dead four days before bringing him back to life. Why? Because if he had healed him from a distance, as he did the centurions’ servant (Luke 7:1–10), Mary and Martha would have been the only ones to witness the miracle. But they already believed in Christ. They had already accepted Him as Lord.

By waiting, by allowing Mary and Martha to undergo tremendous stress, pain and grief, Jesus was able to raise Lazarus from the dead before a crowd of witnesses. And do you know what happened?

Therefore many of the Jews who had come to visit Mary, and had seen what Jesus did, believed in him (John 11:45).

It begs the question: If one person were to come to know Christ as a result of your struggle, your pain, your grief, would it not be worth it?

When my grandfather died, my mom struggled with “why?” My grandfather, her father, had come to know Christ a less than a year prior. He was baptized the day before he died. While he was sick, she had the dad she always wanted. And she struggled with this question: “why couldn’t I have had the dad he became at the end of his life throughout my whole life?” And then one day, a year after his death, she got the answer. In a blog post, she wrote that she felt the Lord say to her, “Your childhood was a stepping stone for your dad’s salvation. His past, although hurtful to some, was part of what brought him to his knees before Me.”

Wow. Her hurt, her grief, helped her dad walk through the gates of the Kingdom of Heaven. And peace overwhelmed her soul. Years of grief, of heartache, God used for good. For eternal purpose. For salvation.

When the “why?” questions surface, remember that regardless of the answer, the Lord will glorify Himself through your grief. If you allow Him to.

So will you let Him?

is a freelance writer and contract copywriter who lives in the seacoast region of New Hampshire with her husband, Eric-Thomas,of five years. She currently serves alongside her mother as the Marketing Director for God’s Girls Christian Store and More, a online retail store serving the southern New England region. Her work has been featured in several print and online publications, and she is the recipient of two Faithwriters’ Editors Choice Awards for her short stories, which are scheduled for publication in the Mixed Blessings series. Her first book, Fragile: 30 Days of Hope for the Anxious Heart, is now available at samanthaarroyo.com. She can be reached at [email protected].
Previous To Be Content Through Christ
Next Domestic Violence: It’s Time to Stop