Breaking News
Home / Faith / “The writing on the wall” 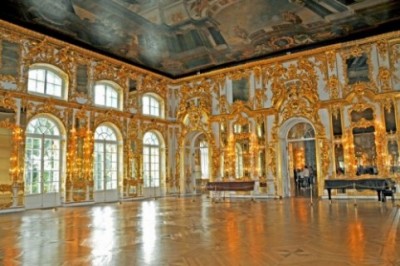 “The writing on the wall”

He should have seen “The writing on the wall.” If only he had known what was to come, then maybe the end result would have been different.

The party was on! A thousand guests were in attendance and the original excitement of the evening was growing into a cacophony of pitched voices, resounding music, and cheerful admiration for the king and his splendid party.

Enjoying the outcome of his invitation, “Belshazzar gave the command”

‘Bring the gold and silver vessels which were taken from the temple in Jerusalem so that we may all drink from the finest vessels ever created.’ The king’s resounding command sent the servants scampering off to bring forth the best of the best.

Quickly returning with the golden goblets full to the brim, “the king and his lords, his wives, and his concubines drank from them. They drank wine, and praised the gods of gold and silver, bronze and iron, wood and stone.”

As the guests continued to enjoy their carefree evening, suddenly, “the fingers of a man’s hand appeared and wrote opposite the lampstand on the plaster of the wall of the king’s palace; and the king saw the part of the hand that wrote. Then the king’s countenance changed, and his thoughts troubled him,” Shaking in his boots, okay, his royal robe and sandals, the king was terrified by what he had just witnessed; a hand writing by itself on a wall in his palace!! Whatever could it mean?

“Guards, fetch me my astrologers, the Chaldeans, and the soothsayers immediately! I need someone who can interpret what was just written, and to help me make sense of all of this startling madness!”

Let me fast forward a bit in the story. None of the “wise men” of the king are able to interpret the “Writing on the Wall”, but Daniel, whom God had given the gift of interpretation, was able to solve the mystery. After reprimanding the king for not humbling his heart before God, Daniel translated the meaning.

‘Mene: God has numbered your kingdom, and finished it; Tekel: You have been weighed in the balances, and found wanting; Peres: Your kingdom has been divided, and given to the Medes and Persians.’ Hours later after the guests had parted, ‘Belshazzar, king of the Chaldeans, was slain. And Darius the Mede received the kingdom.’ (Daniel Chapter 5)

If only Belshazzar had known what was to come, maybe he would have seen “The writing on the wall”, and changed his heart.

Did you ever wonder where the expression “The writing on the wall” originated? Well, now you know. It was used as a message from God to king Belshazzar telling him that he would no longer be king because of his greedy, self-centered, pleasure seeking heart. So, the next time you hear or use the expression, you can explain how Daniel, God’s servant was a messenger for a fallen king of Babylon.

is an author and editor for The Bottom Line Ministries as well as a member of Faith Writers. Currently she teaches high school language arts. She is a mom to four amazing blessings and enjoys every moment life has to offer. Renee has a fervor and drive to learn, she loves to read and spend time with her family, and is involved with her local church ministries. Humbled by God’s gift of words, she has a passion to write what the Holy Spirit has placed in her heart. She hopes to publish her in-progress book someday, but in the meantime, is honored to be placed as part of the TBL writing family and is holding on to the ride wherever God is leading. Renee and her family reside in their country home in Holland, Iowa.
Previous Her ‘Favorite’ Broken Cup: A Mother’s Story
Next Independence Day 2014