Breaking News
Home / Faith / They Waited And God Came Through 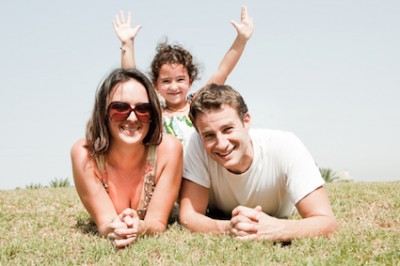 They Waited And God Came Through

Walt was a country boy who loved talking to God. One particular day while walking through the field as a twelve-year-old and talking to God, Walt had a vision of himself holding onto and swinging around and around a little girl with olive colored skin and dark eyes. He heard God say, “This is your daughter. Her name is Chloe.” Walt never forgot that vision.

Annie, Walt’s young neighbor, always had her eye on Walt.  He was the kind of guy she wanted to grow up and marry someday.  As they matured, through God’s great design, they began to sense a mutual attraction.  Discussing the future brought to the surface Annie’s dream to be a mother.  She felt called to it.   They talked about names and both shared their first choice: “Chloe.”  Walt was stunned to hear Annie’s desire for the name God had given him so long ago.

After they married, the couple waited over four years for a pregnancy.  Many, many people prayed for them.  It never transpired.  Walt, struggling and hurting at being childless, was adamantly against “a band-aide” fix by adopting.  He didn’t want just some child.  He wanted God’s choice for them.  As God most often does when He has a plan, He started adjusting heart attitudes.

Annie confessed her struggle with days of doubt about God’s goodness.  She felt He was pretty mean to put them through the anguish and turmoil of waiting and wondering about Walt’s vision and her “calling” to be a mother.  Walt was just as tormented by doubt and fear thinking they were pretty foolish believing in something that wasn’t ever going to happen.  But unlike Abraham and Sarah, they didn’t take matters into their own hands.  They continued to pray and wait; God came through–in His time, in His way.

On December 12, 2009, Walt and Annie got a call from the adoption agency informing them that a birth mother had chosen them for her baby’s adoptive parents.  (In reality, that choosing was God’s!)  They were thrilled, but the name Chloe was removed from the table.  Shortly before the baby was born, the couple and adoption agency representative had the opportunity to meet with the dark-eyed birth mother.  When the group discussed what names anyone had considered, the birth mother confessed that she had been calling her baby “Chloe.”  Both Walt and Annie were reduced to tears at God’s wonderful design and goodness.  The name “Chloe” was instantly back on the table.  The couple knew, without a doubt, they were Chloe’s father and mother.

Annie praised God because He had been writing this story for years.  They waited, believing, and God came through. She realized that her perspective had been foolish and skewed thinking God wasn’t good when all along He was being the most loving possible.  She realized His love for her, personally, for Walt and for Chloe.  And, my friend, God is writing our life story, too.  His thoughts towards us are always good and loving. (1 Corinthians 2:9)

What is it you are waiting on God for?   What work is He doing in your heart because of this story? Can you release your desire to Him?

I just love walking outdoors - day or night. I identify most with the creative side of God and am energized by His artistry all around this world. He amazes me every time I turn around! Yeah, God and thank you, Jesus.
Previous Where to Get Entertainment Reviews from a Christian Perspective
Next 5 Ways Christians Can Respond Biblically to the LGBT Community