Breaking News
Home / Faith / This Is Only a Test 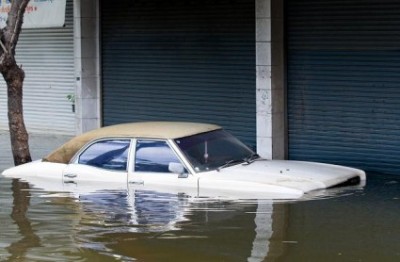 Come hell or high water, the Lord is using this to transform you into His image.

This Is Only a Test

They invited him into their home while he found work and got established. For over a year he enjoyed a clean bedroom, a shower, and home-cooked meals, all free of charge. They took him with them to parties and church socials so he could meet others in the community; they even let him borrow the car when needed. He was not a son, but they treated him as one.

Then one day, after he’d moved into his own place, they found he’d no longer speak to them. They couldn’t understand what was wrong, and thought back through interactions trying to imagine what might have offended him. When they tried to talk with him, he refused to answer.

Did you ever have a person or situation in which you’d invested a great deal–perhaps put your own life on hold for them at times–and they didn’t appreciate you? Perhaps you showed kindness to someone and they flat out mistreated you in return.

The longer we live, the more opportunities we have to be hurt by others. Praise God! Why? Because these offenses are a mighty means for Him to bring about good in our lives.

Joseph, sold as a slave by his brothers, was so faithful to his Egyptian master that he was put in charge of the whole household. When Mrs. Potiphar made a pass at Joseph, then falsely accused him when he refused her, Joseph’s righteousness was repaid him by being thrown into a dungeon.

For 13 years he was imprisoned. When he helped a fellow inmate and that man was released, Joseph asked that he remember him. Unbelievably, the man forgot!

“Joseph, was sold as a slave.
They afflicted his feet with fetters,
He himself was laid in irons;
Until the time that his word came to pass,
The word of the Lord tested him.”

Notice, the word of the Lord tested Joseph. Joseph had already heard God speak destiny over him through dreams. But the further along he went, the more hopeless and implausible the word of God appeared. Yet the destiny of Egypt and of Israel, the welfare of Joseph’s family, as well as the entire Hebrew nation settling in the land and one day becoming the greatest picture of God’s salvation through their exodus, hinged on Joseph passing the test.

Did you ever stop to think that some of the trials you’re facing–especially the need to forgive hurts–are a form of testing that is preparing you for greatness? Have you considered that if God didn’t deal with your “self,” His gifts and promotions might be perilous to you because of your pride?

“For You have tried us, O God; You have refined us as silver is refined.
You brought us into the net; You laid an oppressive burden upon our loins.
You made men ride over our heads; We went through fire and through water,
Yet You brought us out into a place of abundance.”

It may be hell or high water, as the Psalmist said, but do you see what comes after the trial? “You brought us out into a place of abundance” (v. 12). Just like Joseph, God is using the test to transform you into the character of Christ, outfitting you for glory.

Therefore in your struggle, whether to forgive or to trust, you can confidently give it over to the Lord, thanking Him for the opportunity to be transformed into His likeness with ever-increasing glory.
(2 Corinthians 3:18)

What area of your life is the Holy Spirit highlighting that might be a test? What is your response? Will you commit to passing the first time, or will you have to be tested again?

Emily Tomko's radical encounter with the Lord while at a nightclub changed her life forever and inspired her first novel, College Bound: A Pursuit of Freedom. She is the author of seven books, including 31 Thoughts on Prophecy and Leaving the Shallows: igniting the faith that overcomes the world. Her tastes tend toward vintage and she's a Germanophile, having spent a year in Bremen and Nuremberg. Emily loves the scriptures and writes with fierce compassion and a deep desire to see people freed from the miry clay of this world and walking in the truth.
Previous After the Judgement: The Second Death
Next He Loved the Unlovable, But How Do I?