Breaking News
Home / Faith / After the Judgement: The Second Death 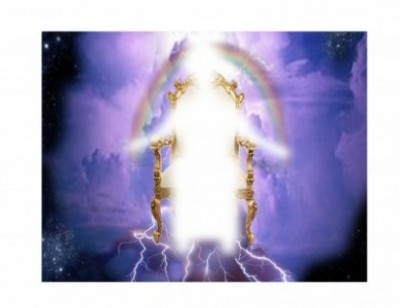 After the Judgement: The Second Death

“And as it is appointed unto men once to die, but after this the judgment,” (Hebrews 9:27).

One of the more controversial discussions about the Day of Judgement is what the punishment will be for those whose names are not written in the Book of Life.

Many have a vision of “hell fire and damnation” where sinners will be tormented forever and ever. We can’t begin to understand God’s wisdom in this, but we can expound on His divine character. We know Him to be a fair and just God. For many, it’s inconceivable to think that our merciful God would allow eternal torment for those who do not accept Him. Take a moment and ask yourself, why would God allow eternal suffering for a person who was a sinner for a mere 80 years of life, or for that matter, a 10-year-old who will burn forever because he never accepted Christ as his Savior?

The idea of fire and brimstone and torment comes from the book of Revelation, chapter 20, where it says that Satan and his followers will be cast into the fiery pit where their torment will be forever and ever–a fitting punishment for those who have been around for as long as Satan and the fallen angels.

But what about a person, whose life was a mere vapor on the eternal timeline, merely deceived by Satan into believing God did not exist?

The unholy three, (Satan, The Beast, and the False Prophet) will be in torment forever–but what of the sinners? is it reasonable that God would allow the same punishment for a person who has been an unbeliever for a mere lifetime rather than an eternity, such as with Satan?

God will judge according to what good or bad was achieved in each of our lives, and the punishment will be according to His determination. It is quite possible that the unbelieving person will be totally obliterated, being burned into nothingness in that fiery pit where the fires are fueled by the unholy trinity.

As humans we are destined to die once, but, the second death is reserved for unbelieving souls. Jesus Himself said in Matthew 10:28 that, “We should fear God who is able to destroy both soul and body in hell.” Note the word destroy–that means completely obliterate. The Book of Revelation tells us that death and hell will be cast into the fiery pit (Revelation 20:14). Simply put, all evil will be destroyed. And where is evil contained, but in Hell? And what is the result of sin, but death?

Eternity is a concept we as corporeal humans have a hard time grasping. Eternity goes both ways. There is no beginning and no end. So once a sinner is destroyed, their memory is cast into a sea of forgetfulness, never to be recovered again. Every accomplishment that was made in that person’s life, every person they touched, loved, or conceived will have no knowledge of them, it will be as if they never even existed. On that Day of Judgement their lives will be reviewed by Jesus Christ Himself, everything they ever did will be revealed and they will go into that pit knowing where they failed and what they could have done to prevent their final death, unfortunately for many, not accepting Christ as Savior is a simple solution many will not have taken. True loss and regret will be known at that moment. I am pretty certain that most will willingly cast themselves into the pit, accepting their punishment as just, finally finding peace as they are utterly and permanently destroyed.

“For we must all appear before the judgment seat of Christ, so that each of us may receive what is due us for the things done while in the body, whether good or bad.”
(2 Corinthians 5:10)

In addition to believing in Christ, which is required by God for salvation, (John 14:6-7), righteousness itself is based on what people did in obedience to God’s Word. A big part of this will be how each person treated others and whether they helped or hindered them. The more good you did, the greater the reward. The unbelieving sinner will be cast into oblivion, and their evil will go up with the smoke of the pit and disburse into nothingness, just as smoke does when it rises above a fire.

The fate of the wicked can be clearly seen throughout the biblical texts, here are a few:

“As smoke is driven away, so drive them away: as wax melteth before the fire, so let the wicked perish at the presence of God,” (Psalm 68:2).

“For, behold, the day cometh, that shall burn as an oven; and all the proud, yea, and all that do wickedly, shall be stubble: and the day that cometh shall burn them up, saith the Lord of hosts, that it shall leave them neither root nor branch. But unto you that fear my name shall the Sun of righteousness arise with healing in his wings; and ye shall go forth, and grow up as calves of the stall. And ye shall tread down the wicked; for they shall be ashes under the soles of your feet in the day that I shall do this, saith the Lord of hosts,” (Malachi 4:1-3).

Where will you stand on the Day of Judgement?

Tim is a self-published author. His genre is Christian Fantasy- he loves the challenge of trying to combine Christian and Fantasy into a novel that loses none of it's spiritual value. Tim has been an active member in every Church he has attended. He has served as Head Usher, a Sunday School Teacher, and a Youth Director, and has also served as a Church Elder. Tim's prayer is that the Holy Spirit will minister through his words, and that his experiences and knowledge will be helpful to someone out there who needs a true friend like what we have in Christ Jesus.
Previous The Unexpected Storm
Next This Is Only a Test