Breaking News
Home / Faith / Troubling Times: Lift Up Your Heads, Redemption Is Near 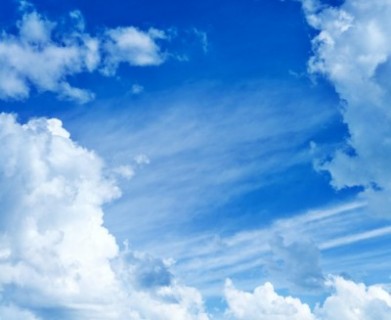 When you're tempted to get overwhelmed with the world, Jesus says "look up!"

Troubling Times: Lift Up Your Heads, Redemption Is Near

There’s one thing the Christian community at large seems to agree upon, regardless of denomination: the world is on the cusp of full-blown chaos.

“For thus says the LORD of hosts, ‘Once more in a little while, I am going to shake the heavens and the earth, the sea also and the dry land’ “ (Haggai 2:6).

There have been earthquakes in regions that don’t usually have quakes, and inexplicable sounds in the sky following them. We will soon see an increase in tsunamis, both in frequency and destruction. Financial institutions and the international economy are being shaken as well. Even while there are wars and rumors of war, Islam is breeding a gruesome barbarism across borders with which the modern world is unacquainted.

Jesus told His disciples to expect that, “There will be signs in sun and moon and stars, and on the earth dismay among nations, in perplexity at the roaring of the sea and the waves, men fainting from fear and the expectation of the things which are coming upon the world; for the powers of the heavens will be shaken.” (Luke 21:25-26).

But then Jesus says this: “Then they will see the Son of Man coming in a cloud with power and great glory. But when these things begin to take place, straighten up and lift up your heads, because your redemption is drawing near“ (Luke 21:27-28).

I sense The Lord saying to me, as I wonder–really wonder–whether my children even have a future, “Look up.” As I’m tempted to turn on the news or pull up Drudge, I hear Him say, “Eyes off the news and on Me. Look up.” Isaiah 26:3 says, “You will keep him in perfect peace whose mind is stayed on you, because he trusts in You.”

What does it meant to you personally when Jesus says “Look up”?

Emily Tomko's radical encounter with the Lord while at a nightclub changed her life forever and inspired her first novel, College Bound: A Pursuit of Freedom. She is the author of seven books, including 31 Thoughts on Prophecy and Leaving the Shallows: igniting the faith that overcomes the world. Her tastes tend toward vintage and she's a Germanophile, having spent a year in Bremen and Nuremberg. Emily loves the scriptures and writes with fierce compassion and a deep desire to see people freed from the miry clay of this world and walking in the truth.
Previous Sexual Immorality–An Epidemic
Next A Message about our Biker Brothers and Sisters