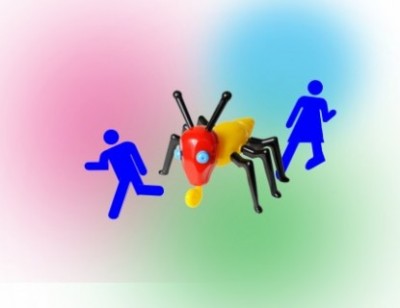 “For this cause God gave them up unto vile affections: for even their women did change the natural use into that which is against nature: And likewise also the men, leaving the natural use of the woman, burned in their lust one toward another; men with men working that which is unseemly, and receiving in themselves that recompence of their error which was meet. And even as they did not like to retain God in their knowledge, God gave them over to a reprobate mind, to do those things which are not convenient … “ (Romans 1:26-28).

Sexual immorality is an epidemic running rampant in the world today. Homosexuality, adultery, fornication, bestiality–these all fall under sexual immorality. God created male and female of every species and commanded that they be fruitful and multiply on the earth, each with their own kind. (Genesis 1:24)

Everyone who participates in a sexual act will perform either the male or the female part–artificially in some cases of same sex relationships, but no matter what, you need a female part and a male part to accomplish the act of sex. Tragically, those who choose to have same sex relationships will die without an offspring; they are the last of their line. There will be no one to carry on their name. It brings to extinction their very own family line that has been going strong for millennia, and all because they could not say no to a gnawing temptation that convinced them they prefer same sex relationships over the opposite sex.

Morally, no one should even have the chance to decide which they prefer, because according to Scripture you should not have sex until you are married, and once married, your bed should remain pure (Hebrews 13:4), sexual devotion should only be for your spouse.

Society will argue that people who are attracted to the same sex are born that way and had no choice in the matter, but is that true? I remember my younger years when the opposite sex had “cooties” and boys and girls stayed away from each other. It’s natural for juveniles to feel uncomfortable with the opposite sex, but eventually they get over that fear. Since young children prefer hanging out with members of their own sex, does that make them homosexuals? Not at all. Just because someone is attracted to the same sex does not make them a homosexual. Unless they have actually had sex with someone of the same gender and discover that they prefer it that way, then they are no more a homosexual than that young boy or girl in first grade. Homosexuality at its base is nothing but sexual preference and sex should not even be experienced until after marriage.

Sorry my friends, but you do have a choice. Have you forgotten that you have free will? You choose the way you want to live. If you find yourself attracted to your own sex, or attracted to someone other than your spouse, you have the choice to follow through, or resist those temptations, just like any other sinful act.

What are your views on sexual immorality? Do you feel it is different than any other sin?

Tim is a self-published author. His genre is Christian Fantasy- he loves the challenge of trying to combine Christian and Fantasy into a novel that loses none of it's spiritual value. Tim has been an active member in every Church he has attended. He has served as Head Usher, a Sunday School Teacher, and a Youth Director, and has also served as a Church Elder. Tim's prayer is that the Holy Spirit will minister through his words, and that his experiences and knowledge will be helpful to someone out there who needs a true friend like what we have in Christ Jesus.
Previous Will Jesus Really Return to Earth?
Next Troubling Times: Lift Up Your Heads, Redemption Is Near