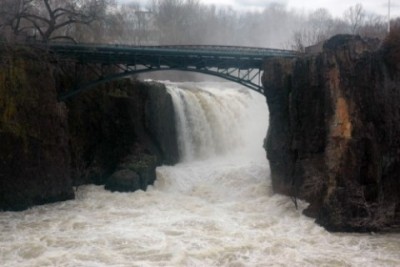 Turning Words Into Actions: Stepping Out in Faith

William Wilberforce, a member with the British Parliament literally became a “force” to be reckoned with. Destined to take a stand for the weak and weary, he fought with a God given passion determined to abolish the brutality and inhumane action towards the meek.

Being born of a privileged English family, Wilberforce mingled with the high and mighty of society’s upper class. Although Wilberforce did not become a Christian until later in his life, as a young boy, doors were being opened while sidewalks only God could pave were laid down before him.

Gifted with the most eloquent oratory skills and vocal abilities, Wilberforce cashed in his chips (literately) and spent the last twenty years of his life going after a goal that seemed impossible to everyone around him and at times, even to himself; the abolition of the slave trade. Yet, God’s calling along with his profound will and help from Thomas Clarkson, James Stephen, Hannah Moore, Henry Thornton, and many other people who worked tirelessly behind the scenes to make the impossible possible.

Wilberforce recognized the work to which God had placed on his heart, but he had no idea the amount of time it would take, the toll the job would have on his health, nor the extent of the outcome. Even though he could not see the end result, he had the faith to hope and believe what he could not see (Hebrews 11:1) and he persevered in his walk.

When was the last time we heard God calling out to us telling us to jump in not knowing just how deep the water is? I don’t’ know about you, but I am tired of watching people around me nag and complain but taking no action towards restoration. Instead, it is easier to try and fix the cause from our couch so we won’t have to get our hands, maybe even our feet, or our faces dirty.

Is that really how God wants us to live as cheerleaders on the sideline of complaint? Absolutely not! He wants us to go all in not just physically but emotionally and spiritually.

We all come from different places around this small globe we call earth. Who of you will become the next Wilberforce? The next Daniel or David or Noah? What has God placed before you that you keep shoving aside hoping he would call someone else? Now is the time. Now is the day. Not tomorrow! Step out in faith. I can guarantee that He will be there to catch you in case you fall.

is an author and editor for The Bottom Line Ministries as well as a member of Faith Writers. Currently she teaches high school language arts. She is a mom to four amazing blessings and enjoys every moment life has to offer. Renee has a fervor and drive to learn, she loves to read and spend time with her family, and is involved with her local church ministries. Humbled by God’s gift of words, she has a passion to write what the Holy Spirit has placed in her heart. She hopes to publish her in-progress book someday, but in the meantime, is honored to be placed as part of the TBL writing family and is holding on to the ride wherever God is leading. Renee and her family reside in their country home in Holland, Iowa.
Previous Soaking Up Church Service…Or Not
Next Do You Believe in Miracles?