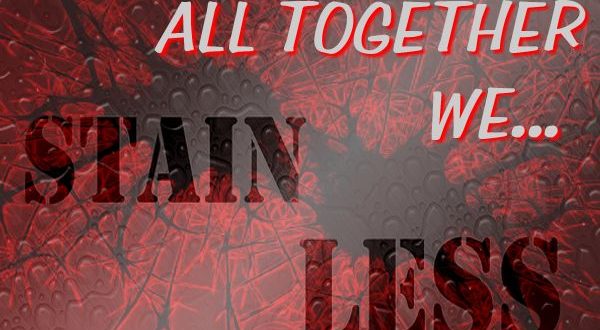 We have heard it said many times: “A house divided cannot stand.” It is a simple and wise truth. It is not so simple though, to keep a house united. By the grace of God and the sacrifices of many loyal patriots, America has united it’s house better than any gentile nation ever has, but our nation today has never been more divided.

We have become all together separate in what it means to have a good life, maintain the liberties so many have died for, and pursue happiness that seems so elusive to so many.

We, in America, have the rare and most precious gift of being able to choose who will lead us. “We The People” hold elections in the hopes we might choose those who have proven themselves wise and will act “For The People” since they were put there “By The People.” We make a grave mistake though, when we fail to understand the reasons why those we choose to lead us have very little concern “For The People.”

My pastor and mentor said it better than I ever could, he said:

“When dealing with people about what is going on in, politics, media, religion, morals, culture. It would do you well to understand the depth and complete blindness of those without The Holy Spirit. Mankind has always been easy pickins for the wiles of the devil. This generation is at the pre-flood stage of wickedness and blindness. It’s only by the Grace of God that any of us are saved at all.”

We, who once declared our independence from tyranny, have willingly placed ourselves back into bondage once again. This time though, our willing servitude is not to a foreign tyrant. It came in our rejecting the very One who freed us from our Pharaoh!

The Jews having just been delivered from bondage in Egypt by a mighty work of God, barely got out of Egypt before demanding to return. They did not desire a relationship with a holy God powerful enough to save them. They only desired that their bellies be full. This was Jesus’ rebuke of those who followed Him. He said to them “ … Most assuredly, I say to you, you seek Me, not because you saw the signs, but because you ate of the loaves and were filled.” (John 6:26). Those following Him were not seeking Him, they sought only to fill their bellies.

We are still here all together in the same “Land of the Free and Home of the Brave” that God so graciously helped us to create, but we have become “All Together Seperate” from the One who made us free and gave us the courage to fight for it righteously!

In our churches all across this once “Great Nation”, a deadly disease is spreading. It is the sin of tolerance! The French writer/philosopher, Alex De Toqueville, came to this great nation searching for the reason behind it’s greatness. De Toqueville wrote that he had found the reason. He found our pulpits “aflame with righteousness!” From those same pulpits once aflame with God’s righteousness, we now preach tolerance of sin instead. We preach having an open mind and that God love’s everyone!

This way “seems right”, but it has led us to a church that is mostly powerless against the sin that is overtaking our nation, for it has separated us from our God!

The church that tolerates sin will be judged of God and judged very severely. Consider Christ’s judgment of the church at Thyatira in Revelation 2. Consider also the church at Corinth in 1 Corinthians 5. Paul gives a most condemning assessment of them concerning their inaction to those living in sin. He tells them “And you are proud! Shouldn’t you rather have gone into mourning and have put out of your fellowship the man who has been doing this?”

The Church must be obedient to His commands so they “may have power, together with all the Lord’s holy people, to grasp how wide and long and high and deep is the love of Christ,” (Ephesians 3:18). Waiting in a perceived loving tolerance of the people’s sin is never prosperous for the Church. It is not loving, for it will result always in the coming of God’s judgment!

The Church must return to teaching/preaching sound doctrine and demanding holy living if she is to glorify God. We seem afraid to take a stand on doctrine or on sin. We make all sorts of justifications why it is wise not to. We are deceiving ourselves “When you come to the Lord’s table don’t you think for one moment that you can come to the table of the Lord from the table of demons” (1 Corinthians 10:21).

Let us never forget what we were told: “Walk in love just as Christ also loved you.” But be most intolerant of sin we are told, “But do not let immorality or any impurity be named among you.” (Ephesians 5:2-3). This is not a time to wait to act against sin. There never is a good time to tolerate sin in ourselves or in the Church! Doing so has left us all together separate from each other and from the God of our salvation.

In what ways do you see yourself tolerating sin in yourself and in your church? How do you see it causing a separation even though all are still together in one place?

I am a layperson with 35 yrs. of teaching Sunday School, bible studies, and preaching on occasion. I teach a bible study in a local prison. I am a 36 yr. counselor/social worker. I am disabled and have devoted the past four years to studying, praying, and writing about my greatest love; this gospel of Jesus Christ that has the power to save a man's soul. I also write devotions for a Church in Marion, VA and I write for an orphanage/ministry in Zambia, Africa.
Previous Transformed: Repentance Is Power
Next I Feel Pain, But I’m Glad