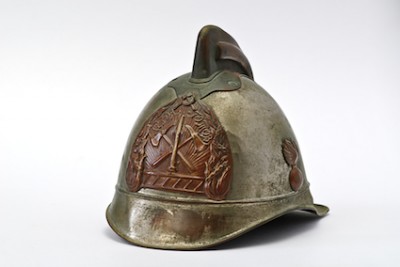 I recently wrote about the spiritual battle that we are in, and how we must not be passive in spiritual warfare. The devil is actively seeking to steal, kill, and destroy, and he is restless in his efforts. We cannot afford to be ignorant or lackadaisical in our approach to walking in victory over Satan and his dark kingdom.

The apostle Paul said this about spiritual conflict:

“For though we walk in the flesh, we do not war according to the flesh. For the weapons of our warfare are not carnal but mighty in God for pulling down strongholds.” (2 Corinthians 10:4-5)

Because the battle that we face is spiritual in nature, so must our weapons be spiritual. When we use these weapons, we can pull down the enemy’s strongholds and walk in victory. I want to highlight just a few of our basic spiritual weapons below.

The Word of God is a powerful weapon against the devil and his demons. It is referred to as the “sword of the Spirit” in Paul’s list of spiritual armor from Ephesians 6:10-18. And when Jesus was tempted by the devil, He quoted Scripture to defeat each attack. There is power in declaring the Word of God, and we must learn to use it as a sword in our battle against the enemy.

Prayer is also one of our spiritual weapons. As Paul was finishing up his list of armor, he made sure to emphasize the importance of prayer: ” … praying always with all prayer and supplication in the Spirit, being watchful to this end with all perseverance and supplication for all the saints” (Ephesians 6:18). Prayer changes things in the spiritual realm and is a critical part of winning victories.

Faith is said to be a shield in our spiritual battle. (Ephesians 6:16) When we believe in God’s Word and stand upon His promises, it puts a shield up that deflects the “fiery darts” of the enemy. It is important that we do not waver with unbelief but stand firm in our position of victory in Christ.

There are many other weapons that we could cover. Sometimes the weapons that are the most powerful don’t seem very “war-like.” For example, God’s perfect love drives out fear. And did you know that the peace of God is a powerful spiritual weapon? Let’s learn to use all of the tools God has given us to walk a victorious life in the midst of spiritual conflict!

Jake Kail is a teacher, author, and speaker who is passionate for the kingdom of God. He was called into ministry during his college years, after a life-changing encounter with God. The focus of his ministry is on teaching and equipping believers, strengthening local churches, and seeing awakening and restoration come to the church. He also ministers often in the area of deliverance from evil spirits, seeing people set free from bondage, torment, and oppression. Jake is the author of three books: Restoring the Ministry of Jesus, Can a Christian Have a Demon?, and Abiding in the Vine. He speaks at churches, retreats, conferences, and other venues. Jake lives with his wife and family in Lancaster, PA where he serves on the pastoral team at Threshold Church. Check out Jake’s website and blog here: http://www.jakekail.com.
Previous The Emotional Well-Being of Americans
Next What Are We Teaching Teens About Moral Behavior?