Breaking News
Home / Family / What Are We Teaching Teens About Moral Behavior? 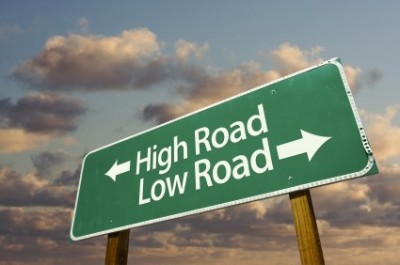 What Are We Teaching Teens About Moral Behavior?

I spent the past day and a half with my son at his college orientation. I had no idea what to expect. I saw the other parents with puzzled looks on their faces. I envisioned myself with that same puzzled look. The confusions, questions, and fears they attempted to express during the Q & A sessions seems to support the idea that I was not alone in my ignorance of the process.

It was a day and a half of information overload. All of which was helpful for us newbies.

One topic that was covered was “responsible behavior.” The session covered sex, alcohol and drugs, and character expected of students.

As a product of the late 70s – early 80s. I’ve been around to watch the shift in moral paradigms. I have also seen the tremendous impact that technology has had on the generations that have followed.

Some things are the same. On the other hand, some are entirely different. People change. That’s what we do. Change is good … sometimes.

These sessions are a necessary evil due to increased awareness and sensitivity to these issues. It surely was not something so extensively covered in years past. I wonder what kind of impact these sessions and required curricula have?

I admit that my observations come from the perspective of a mother of a son. They are also from the standpoint of a child of God trying to obey His commands.

My concern is over situations in which a young woman accuses a fellow student of a crime that is sexual in nature. What I learned is that society, in an attempt to make up for lack of attention in the past, may have swung the pendulum the other direction.

On the one hand society says we are sexual beings and that we should explore and accept ourselves for whoever and however we define ourselves. We have gone from the “free-love” generation to “free-love Russian roulette.”

Society says there is nothing wrong with having sex outside of the bounds of marriage. (Marriage, could devolve to the point of meaning nothing by the end of this month anyway.)

The message is a bit confusing when it is then followed by a lopsided procedure of determining guilt in cases where sexual assault is alleged. The determination will not be reasonable doubt or preponderance of the evidence. “Fifty percent and a feather.” This disturbs me given the fact anyone’s son could theoretically be accused of this crime. He, being the male, would have to be able to prove his innocence.

That is not how our system is supposed to work.

Young men have been told, “No, means no.” Now they are instructed that an, “enthusiastic yes” is required.

Saving ourselves for marriage is an outdated idea in today’s world. But it seems to me, the message conveyed to our young people is essentially the same. One message is purely for the purpose of self-preservation. The other, less cool and unpopular reason is a desire to maintain the moral standard that God required.

Why, must we be rebellious and insist on doing things the hard way?

Have you had “the talk” yet? How can we make teens understand immorality and its consequences?

Melinda is currently the worship leader at her small church in rural America. Married for 23 years, she and her husband Larry have one son. She is the Director of Mailing in the print/mailing industry by day and freelance author by night. Her desire to write is a passion borne from tragedy. God used it to take her faith to a much deeper level. Melinda is a freelance writer and member of FaithWriters. She joined the TBL team in March 2014. Believing we are citizens of a greater ‘kingdom,’ her articles for The Bottom Line examine governmental responsibility, citizen involvement and current political topics. With the great wisdom contained in scripture as her guide, she looks at today’s political environment from a Biblical perspective. She prays her words will prompt the reader to view citizenship - and every aspect of their life, through the eyes of faith. Col 3:17 To read more of Melinda’s writings on her faith, hope, and life visit her blog Still Living Still Loving or her page at Faithwriters.com. You can also follow her on Twitter @MKZbk.
@@MKBzk
Previous Weapons for Spiritual Warfare
Next From Pain Avoidance to New Life in Christ