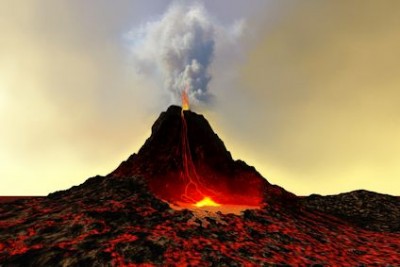 Are weather events and Bible prophecy related? Is the wild weather the world is experiencing a preview of worse things to come?

On July 31, 2015, the Iranian city of Bandar Mahshahr had a heat indez of 164 degrees. The heat index is a combination of air temperature and humidity. This is not the first time for such extreme heat. Dhahran, Saudi Arabia, reached an index of 178 on July 8, 2003. In Iraq recently, temperatures were 120 degrees for a week. In June Pakistan experienced a heat wave killing over 600 people in only three days!  Though intense heat is not unusual in this part of the world, AccuWeather.com said “…the nature of the extreme heat wave is causing some of the highest combinations of heat and humidity ever observed.”

Does the Bible have anything to say about this? There is an interesting verse in Malachi 4:1. “For behold, the day is coming, burning like a furnace…” Revelation 16:9 says that during the Tribulation, people will be“scorched with fierce heat.”

Here are other weather events of possible prophetic significance:

Earthquakes are occurring in various and unusual places. One recently happened under the Dead Sea on a fault line than runs through the Jordan River Valley, the Sea of Galilee, and into Lebanon. Its boundary passes about 25 miles eat of Jerusalem. Revelation 11:13 speaks of a quake so powerful that a 10th of the city will be in ruins, and 7,000 people will perish. Temblors leading up to the Tribulation are also spoken of in Matthew 24:7, Mark 13:8, and Luke 21:11. Revelation 16:18-20 envisions “a great earthquake, such as there had not been since man came to be upon the earth…and the great city was split into three parts, and the cities of the nations fell…And every island fled away, and the mountains were not found.”

More volcanoes are blowing their tops than ever before. One website dated April 26, 2015, stated that “in 2013, we witnessed the most volcanic eruptions worldwide that we had ever seen in a single year,” and there is no end in sight. Recently it was reported that 36 volcanoes were erupting simultaneously. Revelation 8:8 describes “a great mountain burning with fire…thrown into the sea…”

We are seeing a never-ending drought in California, unusual and bizarre weather all over the world, and a general increase in frequency and intensity of weather phenomenon. During the Tribulation extreme weather and supernatural disasters will occur like never before in the history of the world, including 100 pound hail stones listed in Revelation 16:21.

God is in control of the weather, and He will use it in the end times to bring people to their knees in humility before Him. Some, however, will still blaspheme God because of the plagues upon the earth. What do you think? Does God use weather to get people to call upon Him? What explanation do you have for all of the extreme and wild weather we are seeing?

John Livingston Clark is 67 years of age and lives in central Washington State. He has written two published books, and two published poems. His initial book is called, " God's Healing Hope: Breaking the Strongholds of Wrong Thinking." His second book, released in December of 2016, is a motivational book written to seniors titled, " Seniors: Are You Retiring or Recharging?" Both books are available on amazon. You can also view his writings on www.faithwriters.com. John is available to speak on a variety of topics. Visit me at jclarkministries.com
Previous I Walk on the Broken Trail Again
Next Is All Sin Really Equal?