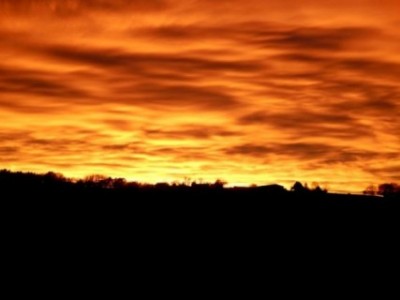 What Does “Last Days” Mean?

A term often used in Bible prophecy is “last days.” We are in the last days of what? Let’s look at what this refers to. First of all, the world is not going to come to an end. People who say this are not only fanatical but ignorant of scripture. There are, however,  time frames in history in which God deals with humanity in different ways.

At the present time we are living in what some refer to as the Age of Grace. God is dealing with humanity through love and grace. It is this part of history that many believe is nearing its end. It has lasted 2,000 years since Jesus walked upon the earth, died, and rose again. God has given people all this time to acknowledge Him, turn from their sins, and accept His son, Jesus, as their Lord and Savior, by grace through faith apart from works. Time is running out!  Jesus Himself spoke of this in Matthew 28:20, where it says, “I will be with you to the end of the age.”

The next period will be one of judgment upon the earth and individual lives. It will last seven years and is described in Matthew 24:21 as “a great tribulation, such as has not occurred since the beginning of the world until now, nor ever shall.” During this time  God will not be dealing with mankind in the same way he has during this present age. Also, around this time will be the rapture of the Church. Even though there is a difference in belief as to when this will happen in reference to the Tribulation Period, I Thessalonians 4:15-17 makes it very clear that a time is coming when the “dead in Christ” and those “who are alive and remain shall be caught up together with them in the clouds to meet the Lord in the air…”

After the time of the rapture, all the Christians will be gone. So will the Holy Spirit living in the life of each believer. Many consider the Holy Spirit to be a restraining influence against evil, injustice, and sin in general, in this present time. Even though God’s grace will still be at work bringing salvation to anyone who calls upon Him for eternal salvation, the full wrath of God will be displayed upon the world. Revelation tells us that there will be a one world religion. The anti-Christ will rule. A person will have to take the mark of the beast in order to buy or sell. The world will continue, but there will be dramatic changes, religiously, economically, and politically.

With all this said, this is what the “last days” refers to. It is the time in history prior to the rapture of the Church and the Tribulation Period.

The Bible speaks of another period in history when Jesus will reign for 1,000 years upon the earth. Won’t that be great!

No one knows the exact day when this era in God’s calendar will come to an end, but the Bible clearly teaches that there will be signs and events indicating when it is getting close.  Those signs are all around us. What do you need to do to prepare as we are in the “last days” leading into the next phase of history?

1000 year reign of Christ anti-christ caught up in the clouds I Thessalonians 4:15-17 Matthew 24:21 one-world religion rapture of the Church the "last days" the Age of Grace the world is not coming to an end Tribulation Period 2015-05-29
John Clark

Tags 1000 year reign of Christ anti-christ caught up in the clouds I Thessalonians 4:15-17 Matthew 24:21 one-world religion rapture of the Church the "last days" the Age of Grace the world is not coming to an end Tribulation Period

John Livingston Clark is 67 years of age and lives in central Washington State. He has written two published books, and two published poems. His initial book is called, " God's Healing Hope: Breaking the Strongholds of Wrong Thinking." His second book, released in December of 2016, is a motivational book written to seniors titled, " Seniors: Are You Retiring or Recharging?" Both books are available on amazon. You can also view his writings on www.faithwriters.com. John is available to speak on a variety of topics. Visit me at jclarkministries.com
Previous What Happened to the Ox?
Next The Many Attributes of God’s Character