Breaking News
Home / Faith / What Happened to the Ox? 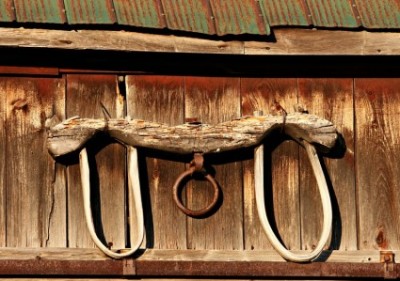 What Happened to the Ox?

Full of power, muscular beyond most, associated with the ability to gain wealth in Bible times, the ox was a symbol of service. It was the most valuable animal anyone could own, providing a way of survival for the family. If one killed the ox of another, it was to be replaced with five new oxen. But the Bible uses the ox as a symbol of one who gives up their strength and yields to what will bring about their destruction.  What happened to the ox?

In Proverbs, the ox is symbolic of one who is reluctantly lead astray by flattery and deceit:

“With much justifying and enticing argument she persuades him, with the allurements of her lips she leads him [to overcome his conscience and his fears] and forces him along.  Suddenly he [yields and] follows her reluctantly like an ox moving to the slaughter, like one in fetters going to the correction [to be given] to a fool … “ (Proverbs 7:21-22).

The strong, valuable symbol of work and survival in this verse eventually yields to its own demise with reluctance—yet it yields. We are like the ox. The allurement of sin, when not challenged with the truth of God’s Word, will lead us along a dangerous path.  Like the mighty ox of Bible times, sin  has great strength. It can tempt, deceive, and convince us that we can partake without cost. But God’s Word makes the true cost clear: spiritual death.

The ox was seldom slaughtered in the days of old; it was far too valuable to its master. And we are far too valuable to our God to be left without His power to overcome the temptations we face on a daily basis. We do have a choice to make:  Will we yield, like the symbolic ox who was led away to destruction? If we listen to the voice of our Creator through His Word, heeding His warnings, we will be victorious over the seduction of sin:

“But remember this—the wrong desires that come into your life aren’t anything new and different. Many others have faced exactly the same problems before you. And no temptation is irresistible. You can trust God to keep the temptation from becoming so strong that you can’t stand up against it, for he has promised this and will do what he says. He will show you how to escape temptation’s power so that you can bear up patiently against it.” I Corinthians 10:13

What areas of temptation do you struggle with? Do you need freedom  from sin that you’ve allowed to have power in your life? Will you allow God to forgive and bring restoration to you today?

My husband Dan and I have three children and three grandchildren. We live in central Illinois. I am a graduate of The Institute of Children's Literature, a member of faithwriters.com, and a member of SCBWI. My writings have been published at chirstiandevotions.us, in DevotionMagazine, the PrairieWind Newsletter, and here at thebottomline.co.
Previous The Power of a Renewed Mind
Next What Does “Last Days” Mean?