Breaking News
Home / Faith / What Does the Cross Mean to You? 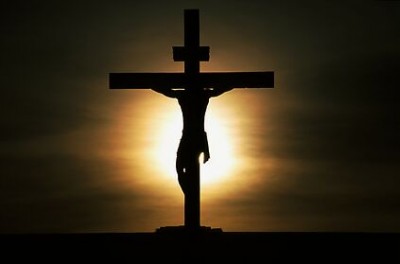 What Does the Cross Mean to You?

During our Good Friday service, my pastor stood at the front of the sanctuary and begged the simple question: What does the cross mean to you?

Four people came forward, each from different walks of life, to answer the question.

One person spoke about wholeness.

And yet another redemption.

The cross was the most brutal torture device in the Roman era. It was reserved for the most horrific criminals because it was the most barbaric way to die. In Jesus’ case, He was also flogged. The whips were made of leather thongs which contained shards of glass, metal and bone that would tear the flesh off its victim. Literally. The wounds would have been extensive, muscle and bone perhaps protruding. When the scourging was complete, a crown of thorns was pressed hard and deep onto His skull. And they mocked Him, saying, “Hail, king of the Jews!” (John 19:3)

Jesus was then paraded before the court in a purple robe and, despite Pilate’s objection, the Jews demanded He be crucified. The flogging did not satisfy them. And so He was sentenced to death.

The cross Jesus carried was likely just the cross beam because the upright post was already at the top of Golgotha.  It was probably around seven or eight feet long, one foot thick and could have easily weighed 100 pounds or more.[1] One-hundred pounds of splintered beam sat atop the shoulders of an innocent man, weakened by a brutal scourging and tremendous blood loss.

When they got to the place where He was to be executed, nails the size of railroad spikes tore through His flesh. The soldiers bent His knees before drilling the nails through both feet, so the Jesus would have no other choice but to push Himself up in order to breathe—causing further, excruciating pain.[2]

Meanwhile, the soldiers, “ … took his clothes, dividing them into four shares, one for each of them, with the undergarment remaining,” (John 19:23).

And yet, He was blameless.

As the cross rose up and sank into the crimson ground, leather hides creaking underneath the weight of tearing flesh, Jesus took on the sins of the world. Past. Present. Future. Your sins. My sins.

It was the only way that mankind could be reconciled with the Creator. The only way to save a race who couldn’t save themselves. It had to be Him. And yet … it didn’t. He chose to climb up the cross. He chose the death He suffered.

As Jesus hung there, entirely sinless, entirely blameless. His Father had no choice but to turn His face. For the first moment in all of history, the Trinity was shaken to the very core. Father, Son and Spirit were no longer in perfect harmony, and the “curtain of the temple was torn in two” (Luke 23:45). The whole earth trembled under the spiritual weight of that moment.

So what does the cross mean to you?

If you are a child of the Most High King, it ought to mean everything.

So, as we celebrate the promise of the resurrection, think back to Good Friday and ask yourself: what does the cross mean to me?

is a freelance writer and contract copywriter who lives in the seacoast region of New Hampshire with her husband, Eric-Thomas,of five years. She currently serves alongside her mother as the Marketing Director for God’s Girls Christian Store and More, a online retail store serving the southern New England region. Her work has been featured in several print and online publications, and she is the recipient of two Faithwriters’ Editors Choice Awards for her short stories, which are scheduled for publication in the Mixed Blessings series. Her first book, Fragile: 30 Days of Hope for the Anxious Heart, is now available at samanthaarroyo.com. She can be reached at [email protected].
Previous Who Does the Gavel Belong To?
Next Redeemed from the Curse