Breaking News
Home / Faith / What in The World is Going On? Are These The End Times? 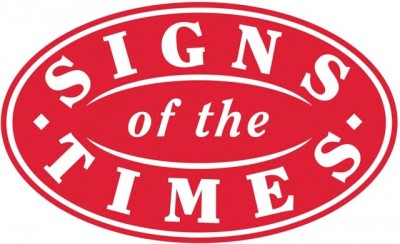 What in The World is Going On? Are These The End Times?

Many are asking, including unbelievers, “What in the world is going on?” There has been much talk within the Christian community that the “time of the Lord’s return is close.” My pastor’s messages for the entire month of May have been on, “Signs of the end times.”

Paul LaLonde the producer of the popular end times movie, Left Behind, stated, that he has no doubt we are living in the end times so therefore it could happen tomorrow.

According to Bible scholar, Dr. David Jeremiah, Christians should be prepared for the next stages of the end times, which he argues was ushered in by Israel fulfilling Bible prophecy by reestablishing itself as a nation in 1948, after having no homeland for two millennia.

The Scriptures give us signs to watch for when Jesus Christ’s return is near.

Jesus said the signs will be like birth pangs (Matthew 24:8), meaning that they will increase with frequency and intensity before the Lord’s return.

A survey by the Public Religion Research Institute concluded more than a third of Americans see recent extreme weather as a sign that the world is in biblical end times.

“The time will come when they (professing Christians) will not endure sound doctrine, but wanting to have their ears tickled, they will accumulate for themselves teachers in accordance to their own desires; and will turn away from the truth, and will turn aside to myths” (2 Timothy 4:3-4).

We are seeing numbers rising in cultic groups, apostasy, false christ’s, and occultism. The popular “seeker sensitive” mentality that invades our churches today preaches a “feel-good” gospel that is counterfeit and a watered-down version of the Gospel.

“You will be hearing of wars and rumors of wars … for nation will rise against nation, and kingdom against kingdom” (Matthew 24:6-7).

Since World War II, there have been 250 wars in 100 nations. This will only continue to increase as we near the tribulation.

Signs of spiritual and moral decline

“For men shall be lovers of their own selves, covetous, boasters, proud, blasphemers, disobedient to parents, unthankful, unholy, without natural affection, trucebreakers, false accusers, incontinent, fierce, despisers of those that are good, traitors, heady, high minded, lovers of pleasure more than lovers of God; having a form of godliness, but denying the power thereof: from such turn away” (2 Timothy 3:1-5).

These verses describe the characteristics of our culture today. We are seeing an increase of homosexuality, adultery, bestiality, pornography (including child pornography), and violence. People are not as concerned any longer that these are SINS, but more concerned about acceptance and tolerance.

There are many other end time signs as well. Do you believe we are living in the end times? What are some end times signs you can share with our readers?

Stephanie has a heart and passion to see broken lives restored and redeemed through Jesus Christ. She writes through her personal experiences and her educational and professional background. She has over 17 years experience in counseling, and has a Master's degree in Social Work, Bachelor's degree in Psychology, and is a Licensed Belief Therapist. Stephanie has been married for 16 years,and has one grown son. Stephanie's desire through her writings is to bring hope and encouragement to the body of Christ, that no matter what you have been though or going through, there is restoration and redemption through Jesus Christ.
@Stephrreck
Previous Investing in the “Higher Education” of Marriage
Next Cinderella, The Prince, Jesus and Me