Breaking News
Home / Faith / What is Your Signature Scent? 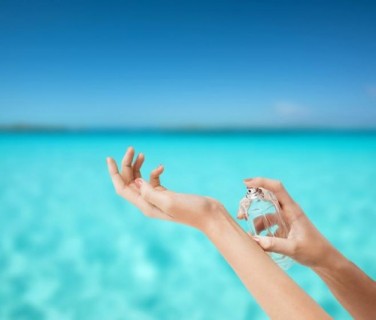 We are an aroma to those being saved and those perishing.

What is Your Signature Scent?

The sense of smell is powerful in evoking an immediate memory or a strong emotional response. Fashion experts even have “guides” to help you create your “signature scent” – one fragrance out of tens of thousands that other people, when they smell it, will associate with you. Did you know that the scriptures say Christians give off an aroma to those around them?

Wherever you go, be it in your school, your workplace, your grocery store, the local diner, a ballgame, your church, etc. you are giving off an aroma to the people around you. If you are in Christ, it is the fragrance of Him.

Among people who are being saved, we are emitting the pleasurable scent of life. The word “life” here is the same word used for when God breathed into the nostrils of man in Genesis 2:7. It is God’s instant, imperishable, everlasting life.

Yet notice that we are also giving off the fragrance of death to those who are perishing (v. 15). What does this mean?

Bible teacher Allan Chambers once described what happens when those living in rebellion to God get a whiff of us. “They are being convicted deep in their spirits that they are children of disobedience, and that their end is death unless they repent.”

Friends of ours who served as missionaries in a school in Asia described how natives on the street often peered at them with frowns and wary gazes when they passed. “We were friendly and smiling, and found it funny that so many strangers would slink away or stare at us distrustfully.” My friend went on to say that these natives, who worshiped ancestors and other false gods, were likely having a spiritual reaction to the fragrance of Christ.

If you are a loving, godly person and have ever wondered why someone doesn’t like you, or if you seem to have conflict with certain people for no particular reason, have you considered that it’s your “signature scent” which offends?

Emily Tomko's radical encounter with the Lord while at a nightclub changed her life forever and inspired her first novel, College Bound: A Pursuit of Freedom. She is the author of seven books, including 31 Thoughts on Prophecy and Leaving the Shallows: igniting the faith that overcomes the world. Her tastes tend toward vintage and she's a Germanophile, having spent a year in Bremen and Nuremberg. Emily loves the scriptures and writes with fierce compassion and a deep desire to see people freed from the miry clay of this world and walking in the truth.
Previous How to Win at Playing the Comparison Game
Next Our Hope: Celebrate!