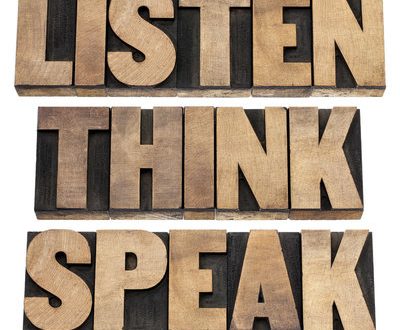 “An anxious heart weighs a man down, but a kind word cheers him up.” Proverbs 12:25

Last Sunday morning I was driving through my neighborhood in my little car with the top down. It was a lovely morning, and the sunshine just made me want to smile. I was on my way to church.

I did not get far before I saw a car a little bit ahead of me slow to a stop.  I also, at the same time, noticed a gentleman walking towards us, to the right side of the road.  He was an older man, with a cap on his head and a small beard on his chin.  He was wearing knee-length shorts, a T-shirt, and sandals.  I noticed too that he was very thin.

The driver ahead of me opened the window closest to the man.  I watched, wondering what the person was doing, and hoping that he was not going to do harm to this man.  He was asking the man a question, at which he threw his head back and laughed a hearty laugh. Then he said very loudly, “To HELL if I don’t change my ways!”  Yes, he was laughing, but he had a look on his face that belied what he was saying. When I saw the arm come up towards the window, and the man leaning down looking in, a moment of strong panic hit me. I was ready to bolt out the door and rescue the poor gentleman!  Instead, I saw the man straighten up, and as he did so, I saw the paper in his hand.  It was a track, a paper that tells about the love of Jesus.  There was no gun or knife as I had feared and it was not anything to belittle or harm him in any way. There were a few more words exchanged, then the man said thank you to the driver, and the car pulled away.

I was starting to pull off as well, when the man looked me full in the face.  I cannot explain the expression, but it reminded me of a lost puppy who has just been found, but does not know what to do. I pulled up beside of him, not in the least afraid, and simply asked him if he was alright.  He nodded his head, then began walking on by.  I told him to have a wonderful day, to be blessed.  He stopped and looked at me with that direct look again, almost like he was surprised anyone was focusing attention on him.  He gave me the most beautiful smile I believe I have ever seen on a grown man’s face. And he said, “I will ma’am, I certainly will. You have a blessed day too!”  With a bit of extra jauntiness in his step, he went on his way.  And I went on to church.

This incident has stayed with me all week.  I have watched for him walking in our neighborhood every day, but have not seen him since.  I struggled afterwards because I did not know if I should have stayed and talked to him more, to ask him if he knew Jesus, to see if I could be of benefit to his understanding of Christianity.  But then God nudged me to stop feeling like that, that what was done was what He wanted done.  He does not always need someone else adding more verbiage to bring salvation and freedom to unsaved souls.  But He did use my few words, perhaps to reinforce with the gentleman that he had value, that he was worth saving by the Lord.

The answer this man gave the driver of the car in front of me was one we are all familiar with.  Often, when we ask people where they are going, they may respond that way, with a laugh.  Of course most don’t mean it, but words like that should be noticed, and we should think upon them.  Does the person really believe that?  And why do we, in our society, think it’s alright to say it at all?  What puts it in people’s minds to say it?  Do the speakers need our intervention in their spiritual lives?  What does it really mean when someone speaks those words?  When we hear this, do we laugh too?  Is it really funny?

Of course it is not funny.  People should stop and think before they say certain things, even if in fun.  If it is not something that is pleasing to the Lord, we should not speak it at all.  If it is indicative of a person’s salvation status, then it has a bit of value.  Sometimes it can lead to a divine appointment, a soul saved.  Speaking encouragement into people’s lives has great value.  We must always remember that the words we speak do matter.  They really matter.

Has there been a time when you spoke words such as these, ‘going to Hell if I don’t change my ways’?  How did you overcome the feelings that may have caused you to speak them?  How did God work in your life to change your destination?

Please share your experience with me.  I care and would love to pray with you!

Lili lives in central North Carolina. She writes devotionals and Christian articles and has been published in e-magazines, newsletters, and articles. She is a member of Faithwriters.com. She and her husband Chuck love to travel, and are animal lovers as well. They are active in their local church. Lili credits God for any inspiration that allows her to write. It's all about Him!
@@ohiolili
Previous Voluntary Engagement Without Verbal Abuse
Next The Look of a Lie