Breaking News
Home / Faith / Where Does the Bible Say We are Headed as a Society? 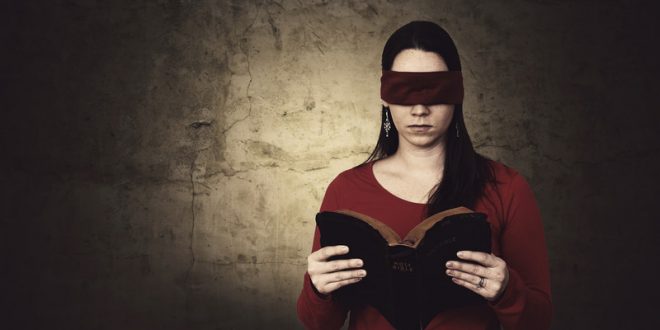 Where Does the Bible Say We are Headed as a Society?

“Stanford University recently installed a vending machine to dispense emergency contraceptives, including a generic brand of Plan-B, outside an “all-gender restroom” in the student center.”

A google search will tell you there are 63 genders.

Netflix is releasing a cartoon (Bigmouth) about the sex lives of children and will feature pubescent/prepubescent nudity.

These are just a few of the headlines that I spotted in my Facebook news feed and I am more convinced than ever that we are living in a society that has been given over to a totally depraved mindset.

Scripture tells us that as soon as we abandon God, society will enter a period of sexual excess.

Romans 1: 24-25 Therefore God gave them up in the lusts of their hearts to impurity, to the dishonoring of their bodies among themselves, because they exchanged the truth about God for a lie and worshiped and served the creature rather than the Creator, who is blessed forever! Amen.

We saw this when the sexual revolution hit Western society in the 60’s, we took what is meant for procreation and a pleasurable experience that is to be confined to the marriage covenant and made it recreational. We started to look at each other as pieces of meat, sex toys to be used for personal pleasure and then tossed away. This dehumanizing worldview taught us to place so little value on human life that murdering babies became a human right. After this attitude was firmly entrenched there came a homosexual revolution, just like the Bible predicted would happen.

Romans 1: 26-27 For this reason God gave them up to dishonorable passions. For their women exchanged natural relations for those that are contrary to nature; and the men likewise gave up natural relations with women and were consumed with passion for one another, men committing shameless acts with men and receiving in themselves the due penalty for their error.

We have just witnessed the victory of the homosexual revolution, the establishment of state sanctioned same-sex marriage. And just as soon as it happened, just like the Bible said it would, we have been given over to a debased mind.

Romans 1: 28 And since they did not see fit to acknowledge God, God gave them up to a debased mind to do what ought not to be done.

We have reached the point, where we are as a society, have gone insane, not just insane but criminally insane. We see this madness happening and we do nothing about it, either out of fear or indifference or worse yet, we approve what is happening. We have become an evil society and it is only going to get worse.

Today one of the most searched fantasies on pornographic websites is incest, which is also being displayed and glamorized on a hit TV show. Advocates for intergenerational love (pedophilia) are becoming more vocal, and with the sexual education going on in schools today, it will just be a matter of time before some activist judge rules that it is informed consent and declares age of consent laws are a violation of some made up human right. The political spectrum is becoming more radicalized and extreme each day, it won’t be long before there are daily riots.

Truth no longer matters, it is all relative to the individual. If you have boy parts and think you’re a girl, then you are one. Morality is also just a matter of personal taste, we are nearing the apex of depravity, where having denied God to the point that He no longer has a place in our worldview, we no longer have any restraints on our behavior. If there is no God, if nothing is true, then everything is permitted. What will we do with our freedom from all moral restraint? As the Bible tells us, we will self-destruct.

Romans 1: 29-32 They were filled with all manner of unrighteousness, evil, covetousness, malice. They are full of envy, murder, strife, deceit, maliciousness. They are gossips, slanderers, haters of God, insolent, haughty, boastful, inventors of evil, disobedient to parents, foolish, faithless, heartless, ruthless. Though they know God’s righteous decree that those who practice such things deserve to die, they not only do them but give approval to those who practice them.

We as Christians should do what we can to slow the creeping darkness, but we can’t do that unless we separate from the world and all its evil practices. If we watch TV shows that glorify violence, and perverse sexual practices; if we affirm things we know to be wrong and untrue, we are not being lights in the world, but adding to the darkness.

1 Peter 2: 9 But you are a chosen race, a royal priesthood, a holy nation, a people for his own possession, that you may proclaim the excellencies of him who called you out of darkness into his marvelous light.

God calls us to proclaim the good news of Jesus Christ and we will be hated for it, when we denounce evil, we will be hated and called all manner of vile things, but we must persevere if we are to be the light to the world Jesus wants us to be. The world is on its way to Hell and the only loving thing we can do is warn them of the damnation that is to come, to tell them of the hope that is found in the Lord of glory Jesus Christ.

Only the Gospel and a Biblical worldview can stem the tide of darkness and insanity. We need to get the message of God and His love out to everyone before we reach the point of no return and fall into a living Hell of madness and evil.

“If sinners be damned, at least let them leap to Hell over our dead bodies. And if they perish, let them perish with our arms wrapped about their knees, imploring them to stay. If Hell must be filled, let it be filled in the teeth of our exertions, and let not one go unwarned and unprayed for.”- Charles Haddon Spurgeon

Jonathan Kotyk is a student, self taught philosopher, recovering addict and born again Christian. He has spent time on both the far Left and Far Right side of the political spectrum and lives in Canada.
Previous When Hope Dies
Next No Matter How You Cut It, Christ’s Coming Is Near