Breaking News
Home / Faith / No Matter How You Cut It, Christ’s Coming Is Near 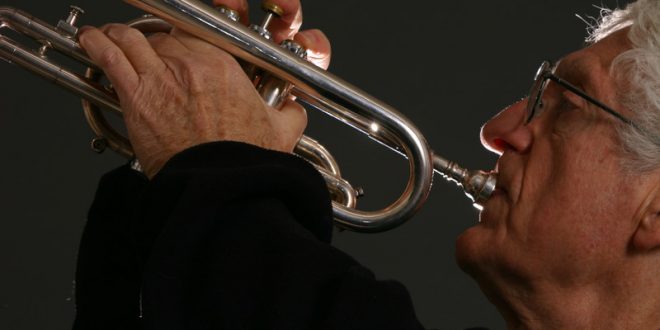 No Matter How You Cut It, Christ’s Coming Is Near

We may already be living in the trumpets-of-Revelation-stage. The Book of Revelation speaks of seven trumpets, each announcing certain events that occur on Planet Earth in association with the coming of the Lord. Carl Gallups makes a very compelling and well documented case in his book, “Final Warning,” that all of the things connected with the first five trumpets have already happened. There are only two more to go, and the seventh trumpet some scholars believe is linked to the rapture of the Church.

It is the time in history that the Bible speaks about when there are more indicators of the return of Christ than ever before. While it is true that people have been saying this for centuries, some prophecies are being fulfilled for the first time in history – in this generation! Many are all converging at the same time. They are happening with greater frequency and intensity, like birth pangs, just as predicted in Matthew 24:8. If one takes a chronological view of Revelation and it is true that events of the first five trumpets have already taken place,  it means the world is presently living in Revelation, chapter nine!

It is not the purpose of this article to debate differing theological positions. However, no matter how one believes, whether pre, mid, or post-Tribulation, or other scenarios like the one with seven trumpets, the Tribulation and the return of Christ could be much closer than one might want to believe.  And when it happens, it will do so quickly, “…in a moment, in the twinkling of an eye, at the last trumpet…” (I Corinthians 15:52).

It says in I Thessalonians 5:3, “While they are saying, ‘Peace and safety!’, then destruction will come upon them suddenly like birth pangs upon a woman with child, and they shall not escape” (emphasis mine).

I believe that it is possible to experience the return of Christ in my lifetime, and I am as of this writing, 68 years of age. We are already seeing microchips implanted in the right hands of people in some companies around the world, including one so far in the United States, by which employees can open doors, turn on their computers, and even buy food out of vending machines. No, this is not the mark of the beast – at least yet – but there is a striking similarity to Revelation 13:16-17.

“And {the anti-Christ} causes all…to be given a mark on their right hand or on their forehead…that no one should be able to buy or sell, except the one who has the mark…”

The Christian Church needs to wake up to what is happening. Our pastors need to be talking about it. Christian talk shows need to stop promoting prosperity doctrine, and telling people how to be blessed. Instead, Christians need to be instructed in how to endure and hold strong to the faith in the face of possible persecution and adversity. A lot of stuff could happen in the next few years that could propel the world back several decades, or more, and send multitudes of people into survival mode, or cause Christians to go underground! Look at what has already happened with people affected by Hurricane Irma. If the Second Coming does not occur in my generation, it is increasingly more and more likely that it will in the next. If you do not experience it, then perhaps your son or daughter will. We must get prepared! Even if one assumes a pre-Trib rapture, things could get very difficult up to that time.

For Christians this is the most exciting time in history. We are living at the end of the Age of Grace. God is going to reveal Himself to humanity and show the world what is expressed in Colossians 1:16-18.

“For by him all things were created, both in the heavens and on earth, visible and invisible, whether thrones or dominions or rulers or authorities – all things have been created by Him and for Him. And he is before all things, and in Him all things hold together. He is also the head of the body, the church, and He is the beginning, the first born from the dead, so that He Himself might come to have first place in everything.”

What are some ways that you think people need to prepare for possible difficult times ahead? How can Christians remain strong in their faith?

John Livingston Clark is 67 years of age and lives in central Washington State. He has written two published books, and two published poems. His initial book is called, " God's Healing Hope: Breaking the Strongholds of Wrong Thinking." His second book, released in December of 2016, is a motivational book written to seniors titled, " Seniors: Are You Retiring or Recharging?" Both books are available on amazon. You can also view his writings on www.faithwriters.com. John is available to speak on a variety of topics. Visit me at jclarkministries.com
Previous Where Does the Bible Say We are Headed as a Society?
Next Angry Letters from a President