Breaking News
Home / Faith / Will You Be Found Missing Or “Left Behind?” 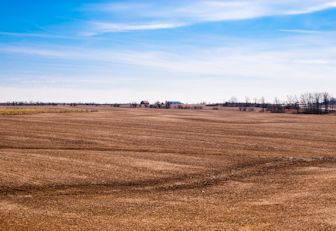 The Rapture: The time when millions of people will supernaturally disappear, in less than a second, from planet earth. It has been the subject of books and movies, with more to come. Christians find it exciting and even some non-believers find it to be a topic worth discussing. Some people mock it while others take it very seriously. Is there a basis for believing in this future event?

The movie, “Left Behind,” is scheduled to open in theaters October 3, 2014. It is based on one of the most popular series of books of all time by the same name, written by Tim LaHaye (who I happen to know personally, having attended a church he pastored), and Jerry Jenkins. While many highly regarded Bible scholars, especially people like Hal Lindsay, promote the rapture event, one prominent professor and apologist discounts the entire scenario.

William Craig at Talbot School of Theology and Houston Baptist University, says the rapture teaching is based on a misinterpretation of I Thessalonians 4:14-18, and the word “rapture” is not found in Revelation. There is much that could be said here, but it is not the purpose of this article to enter into a theological debate. One thing I will point out, however, is that within this section of scripture, in verses 16-17 of the NASV, which is considered by many scholars to be a fairly accurate translation from the original language, it reads, “For the Lord Himself will descend from heaven with a shout, with the voice of the archangel, and with the trumpet of God; and the dead in Christ shall rise first. Then we who are alive and remain shall be caught up together with them in the clouds to meet the Lord in the air, and thus we shall always be the Lord.”

While it is true that the word “rapture” is not found anywhere in the Bible, the event of being “caught up” is clearly taught, based on the Greek word “rapturo.” No matter how one chooses to believe, it is clear from this passage of scripture that an event is going to occur when people “who are alive…shall be caught up…in the clouds to meet the Lord in the air…”

“Left Behind” will be a good movie, for sure. How seriously one wants to take it is up to each person. One thing to ask is, “What if.” What if it is true and will actually happen? Then you don’t want to be left behind to face the worst judgment the world and individuals will ever experience. Accept Jesus today!

John Livingston Clark is 67 years of age and lives in central Washington State. He has written two published books, and two published poems. His initial book is called, " God's Healing Hope: Breaking the Strongholds of Wrong Thinking." His second book, released in December of 2016, is a motivational book written to seniors titled, " Seniors: Are You Retiring or Recharging?" Both books are available on amazon. You can also view his writings on www.faithwriters.com. John is available to speak on a variety of topics. Visit me at jclarkministries.com
Previous Trusting vs Believing
Next Benefits of Gratefulness