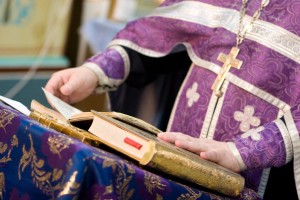 This article is the follow to my previous article: What Role Should Women Play in Church Leadership? It further examines the convoluted and controversial role of women in pastoral leadership within church. Previously we discussed Rev. Libby Lane, the first woman Anglican bishop within the Church of England.

The 20th (and 21st) century has seen a marked increase in denominations allowing and endorsing women as pastors and other leaders. However, this is still a topic on which many “good” Christians and churches disagree. Most are aware the majority of Orthodox or Catholic churches disallow a woman shepherd, but in addition, many Protestant churches have similar doctrine and customs. Amongst the denominations that do allow women pastors are the United Methodist Church, the United Church of Christ, the Evangelical Lutheran Church of America and some Baptist groups.

Seeing a woman in a religious habit (the traditional wardrobe of Catholic nuns and sisters) who is a priest is not a common sight, but the Rev. Mother Lady Sherwood, OPI, is one such example.  Mother Sherwood is an Old Catholic priest, and a professed Dominican sister as well.

“I was already a priest before I joined the Dominican Order as a sister. I have felt a calling to the priesthood from a very young age and believe the Lord was calling me to the priesthood to show the light of the Lord’s love within the world and to reach out and bring the chance of salvation to those who society seems to forget (the unwanted in the world),” declares Mother Sherwood.

Over the past several years, a group of Roman Catholic nuns in the USA, has been essentially silenced and nearly excommunicated because they openly desired Rome to allow women priests.  In some ways, this has become a public relations issue for Rome, in the USA and elsewhere.  Rev. Sherwood surely has her opinion.

“I feel badly for those who are penalized over female priests because there were women in church leadership even in biblical times.  The ‘anti-woman priest’ stance in my opinion is only caused by the fact men don’t like women to be put on the same level.” Regarding Bishop Lane she opines, “I think having an Anglican female bishop is the right way to go as we as Old Catholics in some churches have already had female bishops for years.  The Lord doesn’t see gender, he calls people he wants–despite such things,”.

Still, there are many who say that a woman can answer a godly calling to ministry without being a priest or pastor per se.  Is this discrimination?  Maybe, but the word “discrimination” was not as reviled in biblical times as it has been over the past 50 years in America.  If God did, in fact, set aside the priestly role for men, we should honor that.  However, as is the case with numerous other topics and details within the Bible, it is not 100% clear what His intentions were.  Different peoples and denominations read into this differently.

Regardless of one’s opinion, women who are called into ministry have a large and important role within today’s Church.  The spreading of the Gospel, and the Gospel mission, in many ways depends on women being actively involved.  This is the case whatever their title may or may not be.

Does your church or denomination allow women to serve in leadership roles? Do you believe this is the right thing to do? Why or why not?

Ken Lambert, D.Min, lives with his wife and twin boys in southern New Hampshire, and has written for a variety of religious and secular publications. He is co-author of Top Ten Most Influential Christians- since the Apostles, and is an adjunct instructor for Agape Seminary (Church History, Wisdom Books).
Previous The Need For Circumcision
Next A Second Chance In Life: Hiring Ex-Cons