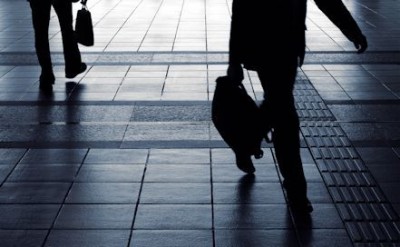 Many ex-convicts are considered unemployable just because of their criminal record. One youth pastor is trying to change that. While it is justified to be hesitant to hire such people, some have become Christians with a total change of heart. Christian ministries are going on in many of our jails. With that said, one should not automatically deny employment based on the past.

During the 2014 Lenten season, Kent McKeever wore an orange jump suit everywhere he went, to call attention to the plight of people with criminal pasts. He wore it in supermarkets and while taking his daughter to the movies. In so doing he endured the stares and assumptions made by others. Kent, who is an attorney and youth pastor at Seventh and James Baptist Church in Waco, Texas, also wore it when giving sermons. He said that someone must “speak up for them” and is working with local employers to help them find jobs. Pastor McKeever wants businesses to consider their qualifications before automatically disqualifying them. Giving people a second chance is what the healing and saving grace of God is all about. This story is a beautiful example of living out grace in a practical way to others, and literally walking in their shoes.

It’s been said that God will meet you where you are in life but won’t let you stay there. He sees who you can become. God has used many people with criminal backgrounds. Moses was a murderer. Charles Colson was known as an “evil genius” in the Watergate scandal under President Richard Nixon. During his time behind bars he accepted Christ as his personal Lord and Savior, and after his release founded Prison Fellowship, that has led to many conversions.

I speak at a rescue mission and interact with ex-cons. Their lives have been changed by the grace of God. One such person is  Charles Bembry. He was in and out of jail. Not only did he find deliverance from crack-cocaine but now serves as a volunteer at the mission, helping the same kind of people that defined his past life.

Even though I have never been convicted of a crime, it amazes me that God can still use me as a writer to bring hope and inspiration to people all over the world. The truth is that I, like everyone else, has inherited a sinful nature that needs to be reclaimed by the power of God.

Jesus died for each individual person. When one calls upon Him for salvation there will be freedom from the past. God is a God of the second chance. He loves you and wants to “employ” you to work in His kingdom. The ex-cons in this story paid their dues, served their time, and came out with transformed lives. Jesus paid our dues and served “time” for us on the cross, for your sins and mine, and “delivered us from the domain of darkness, and transferred us to the kingdom of His beloved Son, in whom we have redemption, the forgiveness of sins.” (Colossians 1:13-14)

If you are reading this and spent time behind bars, what are some things you are qualified to do? God wants to give you a second chance. Is there a specific way that God has given you, or someone you know, a second chance?

John Livingston Clark is 67 years of age and lives in central Washington State. He has written two published books, and two published poems. His initial book is called, " God's Healing Hope: Breaking the Strongholds of Wrong Thinking." His second book, released in December of 2016, is a motivational book written to seniors titled, " Seniors: Are You Retiring or Recharging?" Both books are available on amazon. You can also view his writings on www.faithwriters.com. John is available to speak on a variety of topics. Visit me at jclarkministries.com
Previous Women in Church Leadership: Part 2
Next Death: Part of God’s Plan For His Saints