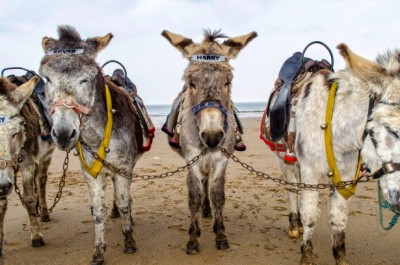 You Aren’t the Only One Bearing Burdens

My prayer list is full. At this very moment, I have so many friends and family members who are going through serious trials that it’s downright discouraging. Health problems, job loss, relationship issues, financial stress. You name it. So many who are hurting. So many who need my prayers. Yet, I find my prayers focused on myself and my own personal struggles. I pray for others. I pray for these needs on my heart. I do, but if I’m honest, I must admit that I don’t pray for them with as much fire and zeal as I do when praying for my own trials. Neither do I spend as much time in prayer for others as I do for my own needs. And so, with these many burdens on my heart this morning, the Lord gave me a verse–a rather convicting verse.

“And the Lord turned the captivity of Job, when he prayed for his friends: also the Lord gave Job twice as much as he had before.” (Job 42:10)

Notice with me the first half of that verse: the Lord turned the captivity of Job, when he prayed for his friends. For 42 chapters, Job has been whining, complaining, despairing of life and defending himself against his friends. He has blamed God, questioned God, and downright accused God of being unfair. But Job also did a lot of praying, a lot of pleading on his behalf. He begged God for healing. He begged to be released from his misery. He hoped to finally see an end to the lonesome valley God had placed Him in. Yet, his prayers seemed to go unanswered. That is, until Job got his eyes off himself and instead started praying for his friends. Then, and only then, did God turn the tides.

We all have troubles. I get that. I really do. But maybe if we spent a little more time in prayer for others, our problems wouldn’t seem so bad. In fact, maybe they wouldn’t be so bad because God would turn the tides for us just like he did for Job. Who knows? But what I do know is that we can’t go wrong in spending a little more time in prayer for others. Don’t we want others to do the same for us?

Who do you know that could use your prayers today?  What else could you do to help bear another’s load?

Dana is a full-time Christian author and speaker residing in Greenville, SC with her husband and two dogs. In fulfilling her call to evangelize the lost and edify the saints, Dana spends her days writing devotions, devotional books and books for children, as well as recording podcasts on various Biblical topics. She serves in many capacities at her local church, including the roles of church pianist and ladies' Sunday School teacher. Dana has a passion for souls and longs to be used of God in whatever way He deems necessary. When not writing or serving at church, Dana can most likely be found reading or hiking a nearby trail.
Previous War Hike: The Trail that Leads to Self-discovery
Next Breaking Free From Addiction