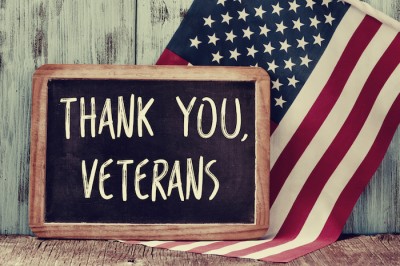 War Hike: The Trail that Leads to Self-discovery

Sean Gobin returned home from war, and found himself searching for the civilian buried deep inside his heart. The world as he knew it, which was once a familiar place, now became an unfamiliar territory. Sean wasn’t sure how to move forward or how to just be regular again. He was a US soldier who had been deployed many times to help save his country. But like Paul the Apostle, he had fought a good fight and finished the race. He’s back home …

For many veterans returning home from war, making the transition from soldier to civilian isn’t always easy. It takes discipline and much dedication to readjust and pick up where they left off—many never do. Deployed soldiers often involuntarily bring back terrifying bits and pieces from the wars they fought. After returning, these heroes have to constantly struggle with feelings of anxiety, anger, sorrow, depression, frustration and the like. Those negative emotions in turn not only affect their mental health, but also the overall happiness and well-being of those around them as well.

In an effort to get back into the ebb-and-flow of life, Sean decided to take a hike—literally. It was this move that rescued him, and the move that blossomed into “War Hike” for Veterans. He wanted to walk the trail of his childhood dreams, the Appalachian Trail Conservancy. This trail is the longest hiking-only footpath in the world. He considered this hike a personal challenge and he went full speed ahead. The long hike helped him put things into perspective. Sean was forced to deal with all the ugly issues and numbing pain he was ignoring.

The Appalachian Trail caused him to come face to face with some of the issues he had been dealing with as a soldier returning home, and he is determined to share it with other veterans. The hike takes about five to seven months, and all the equipment and supplies needed for the trip are provided by War Hike. The silence of the hike presents a great opportunity for the war heroes to think. Gobin said the purpose of War Hike is to help veterans prepare for the next chapter of their lives.

“I have fought a good fight, I have finished my course, I have kept the faith: Henceforth there is laid up for me a crown of righteousness, which the Lord, the righteous judge, shall give me at that day: and not to me only, but unto all them also that love his appearing.” (2 Timothy 4:7-8)

What suggestions can you offer to help our veterans cope?

Amelia Brown is from the beautiful island of Jamaica. She is a 28 year old Guidance Counselor by profession, but a passionate writer at heart. Most of her articles written are aimed at stimulating positive change under the guidance of the Holy Spirit. She is also a published poet and a member of Faithwriters. Outside of writing, she enjoys volunteering, cooking, and turning frowns right side up. Amelia currently lives in New York.
@ameliambrown
Previous “Gotta Have God”, Finding Strength Through Worship Music
Next You Aren’t the Only One Bearing Burdens