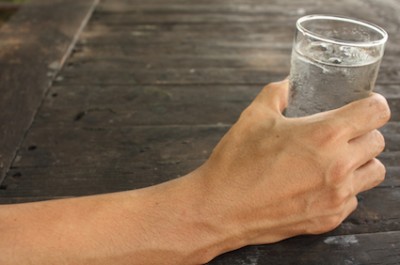 You never know what God is going to do in your life.

Isaiah the prophet wrote what became a permanent Old Testament anchor of the faith.  Written between 740 and 680 B.C., Isaiah wrote about Jesus and His death on the cross which was not to happen in Isaiah’s time.  In fact, it would be another 700 years before Christ arrived on the scene to fulfill his prophecies, as well as all the others woven throughout the Old Testament.  There are over 300 prophesies about Jesus, and He fulfilled them all, including 109 that could be fulfilled by Him alone.

Think of Isaiah, sitting alone, writing down all God had told him, all the prophesies from God that were written upon his heart and flowed out from his pen, the most poignant and prolific being those that described the death of Jesus on a Roman cross.  Did Isaiah even know why he had written these words?  I suspect they contained a near and far revelation, and Isaiah most likely had some earthly king in mind at the time.  For us it is easy to see, looking through the lens of history, all of the words describing the suffering and martyrdom of our Lord Jesus Christ collected in Isaiah 53.

I can’t imagine Isaiah had anything but a passing thought as to what those words meant for posterity, or that he had any idea that we would still be reading his words in 2015.  He was obedient, knowing that the words he wrote belonged to the Almighty God and that God’s plan for his part in the continuing story of God’s love unfolding was to write what God said.

David, in Psalm 22, described Jesus and he didn’t even know it.

“But I am a worm and not a man, scorned by men and despised by the people. All who see me mock me; they hurl insults, shaking their heads: ‘He trusts in the LORD; let the LORD rescue him. Let him deliver him, since he delights in him.’ Dogs have surrounded me; a band of evil men has encircled me, they have pierced my hands and my feet. I can count all my bones; people stare and gloat over me. They divide my garments among them and cast lots for my clothing,”  Ps 22:9-8, 16-18.

This applies to all the writers of the Bible.  They didn’t know; God inspired them and they wrote.

You may think your work for God doesn’t matter, but you don’t know what God’s plan is for your good works.  Who knows, maybe someone will be reading what you wrote 700 years later.

What is God calling you to do?  Is it to write for Him, sing for Him, or simply give a cup of cool water in His name?

Previous Our Hope: The Prayer In The Garden
Next When Faith Feels Foolish