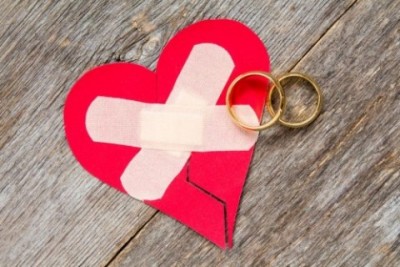 A Strong Case for Christian Divorce and Remarriage, Part 2

Friends, last week I wrote on the topic of Christian divorce and remarriage, and if you are interested in this topic, I would encourage you to start there. There seemed to be a lot of questions people had in relation to this, so I would like to go into more detail with it, and do an study on it based on biblical accounts on David, his wives, and his lineage. So let’s get to it.

David’s first wife was Michal. She was betrothed to David by Saul in exchange for a hundred Philistine skins (1 Sam 18:25-27). Now, in a perfect world, Michal would’ve bore children from David and the firstborn would have been given the birthright to the throne. However, this wasn’t the case. When David was being pursued by Saul, he was forced to abandon her for a very long time. Saul hated David and annulled Michal’s marriage to him. Michal went on to remarry (1 Sam 25:44), but when David returned, he attempted to reclaim her and he was successful. However, there was dissention between the couple and she never bore any children (2 Sam 6:20). It is important to note that the throne fell from Saul’s line when he did not heed the word of the Lord to completely destroy the Amalekites (1 Sam 15:3, 18-19, 23).

1 Sam 15:28 And Samuel said unto him, The LORD hath rent the kingdom of Israel from thee this day, and hath given it to a neighbour of thine, that is better than thou.

Let’s fast forward ahead. David had an affair with Bathsheba and goes on to marry her after he had her husband, Uriah the Hittite, killed (2 Sam 11:25-27). We know this displeased the Lord, but some very important things happen that give us insight into divorce and remarriage. You see, David repented his sinful affair with Bathsheba, and his house was declared fully restored by God through the prophet Nathan, and God no longer held the sin of David and Bathsheba against them.

2 Sam 12:13 And David said unto Nathan, I have sinned against the LORD. And Nathan said unto David, The LORD also hath put away thy sin; thou shalt not die.

Psa 32:5 I acknowledged my sin unto thee, and mine iniquity have I not hid. I said, I will confess my transgressions unto the LORD; and thou forgavest the iniquity of my sin. Selah.

The Sons of David

King David had at least twenty-one sons and one daughter. Let’s learn the first ten living males in his line, because this is extremely important.

This is actually a very difficult area to understand in the Bible, because we know that Solomon was David’s first living son from Bathsheba, and the seventh living son that the throne could be passed on to. The difficulty comes in understanding 1 Chron 3:1-5, where the first six sons from Hebron are ordered, but not the remaining sons. However, we know the first living son from Bathsheba was Solomon (2 Sam 12:24) making him the seventh. So why did God allow for Solomon to become the successor to David’s throne?

To understand why the throne was passed to Solomon, it is important to understand what the name Solomon means. If you were to take a guess, you would probably say “wisdom”, but the name actually means “peace.” Even though David and Bathsheba had committed adultery, God allowed them to have another child that was a symbol of His peace with the House of David. It was by God’s grace and forgiveness that Solomon was able to become king despite the transgression of his parents. We know that God blessed Solomon and even made him the wisest natural man that would ever walk the face of the earth (1 King 3:12). So we see both grace and restoration, but it was also by both God’s PERFECT design and choice that He chose the shepherd David, the seventh son of Jesse (1 Chron 2:15), and Solomon, the seventh son of David to be kings.

The Four Gentile Women in the Line of Jesus

There are only five women mentioned in the lineage of Jesus Christ, and they all happen to be Gentile women, with the exception of Mary. All four of these women were restored to God. Let’s take a look at them.

Tamar (Mother of twins, Pharez and Zara) – Tamar was restored through Judah when he repented for having relations with his daughter-in-law (Gen 38:26)

Ruth (Mother of Obed) – Ruth was a Moabite woman that was born under a curse against her people that left them shut out from the congregation of the Lord. She was restored by the Word of the Lord that came through Boaz (Deut 23:3, Ruth 2:12).

Bathsheba (Mother of Solomon) – Bathsheba was restored through the House of David after David repented before the Lord (2 Sam 12:13, Psa 32:5, 51.)

Friends, when Jesus was on the cross He died so that your sins could be completely blotted out. God says that when we come to true repentance our sins are cast as far as the east is from the west and they will be remembered no more (Isa 43:25, Psa 103:12, Heb 8:12). When Jesus cried out on the cross, “Eli, Eli, lama sabachthani?”, it wasn’t because God had abandoned Him, but because He bore our sins past, present, and future, and God the Father cannot look upon sin (Matt 27:46, Hab 1:13, Heb 10:12-14). When we are cleansed through the blood of Jesus, the works of Satan are completely destroyed and exist no more (1 John 3:8). This means we have received redemption, and our sinful past is no longer connected to us. Therefore, if God has destroyed your sin and forgotten it, we have to concur that God’s redemption also applies to marriage, divorce, and remarriage. Thank you for reading and God bless.

What are your thoughts on the restoration of David’s line? I want to hear from you!

Joel M. Bauer is a 45-year-old U.S. Army Veteran from Dunn, NC, which is just outside of Raleigh. After being honorably discharged from the U.S. Army, he attended school at Taylor University, a Christian liberal arts school, in Fort Wayne, IN, where he received his BS in social work and psychology. He has worked in such places as a homeless shelter, a community based treatment center for severe mental illnesses, a school for troubled students, and other social service agencies. His current endeavor is to build The Bottom Line website into a site that inspires both Christians and non-Christians alike, and brings glory to God.
Previous Are Your High Heels Hurting You?
Next Does it Get Any More Perilous Than This?