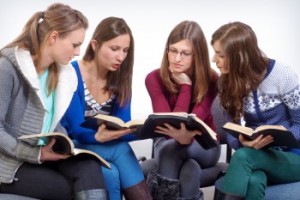 Attention Parents: Is Your Christian Teen A “Poser”?

Kendra Casey Dean is a minister in the United Methodist Church, a professor at Princeton Theological Seminary, and the author of, Almost Christian.  She proposes that teens are living out a “watered down” faith by serving a God whose chief goal, they believe, is simply “boosting people’s self-esteem”.  Teens are professing a Christianity that misses the foundational truths that will carry them through to an eternal home.  My “take away” is that our youth are seeing a tame version of Almighty God and their inaccurate view sidelines teens searching for a God who is big enough to handle their greatest problems.

Dean helped to conduct an in depth, controversial study involving over 3,000 teens, ages 13-17, from various Christian backgrounds and church affiliations.  The “National Study of Youth and Religion” reported some eye-opening and unfortunate insights.  The study revealed that:

The study reports four major commonalities between those who were recorded as “committed” teens:

Dean states, “There are countless studies that show that religious teenagers do better in school, have better relationships with their parents and engage in less high-risk behavior.”

After contemplating the findings, Dean concluded that adults are largely responsible for the apathy and indifference exhibited by many teens.  This writer has seen, personally, parents who exhibited low spiritual expectations of youth pastors.  These parents stood quietly aside, never attending youth services.  Their stance gave the impression that igniting a passion for the ways of God in teenage youth services wasn’t important.

Dean says that many adults practice a “be nice to others” gospel that advocates avoiding the ruffling any feathers.  I know from personal experience the tension created when I addressed spiritual issues with my child’s youth pastor.

“The Christian call to teens to take risks, witness, and sacrifice for others is muted,” says Dean.  I agree.  But, even though the majority of teens appear to be falling away from conventional Christianity, the desire to participate in community service shows growth.  “Teens that are less religious aren’t automatically less compassionate,” writes Dean.  I hope that by serving others, these teens will begin to see the heart of Jesus and develop a hunger to know more about the Author of all love.

After reading Dean’s story, I conclude that parental actions speak louder than parental words.  Moms and Dads play a pivotal role in their kids’ spiritual lives.

I just love walking outdoors - day or night. I identify most with the creative side of God and am energized by His artistry all around this world. He amazes me every time I turn around! Yeah, God and thank you, Jesus.
Previous Extra, Extra: Teen Dies Defending Bible
Next Is There Supposed To Be Just One “Right” Person To Marry?