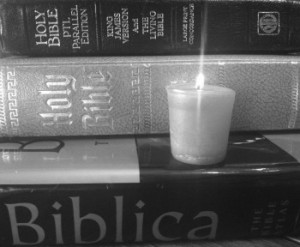 “Blessed are they which are persecuted for righteousness’ sake: for theirs is the kingdom of heaven.” ~ Matthew 5:10

It was illegal to be a Christian. Illegal to serve God and worship Jesus. Illegal to own a Bible, let alone read it. Illegal to go to church. Illegal to meet as a body of Christian believers. The list goes on and on, yet for a band of rebel outlaws, man’s laws did not control them. They looked to a Higher Power, and they risked everything for their Master.

It started out normally, the way it usually did. Late at night. In the privacy of a fellow believer’s home. Some of the members may have walked miles. Others may have ridden bikes. It is certain that however they arrived at this location, they did so with as little pomp and fuss as possible. There were no fancy cars or elegant clothes. No one stood outside greeting people or waving as other’s passed. This was a group of Christians who met to conduct illegal activities. They wanted to blend in with the night. This group had come together to secretly study the Bible and to learn how to better serve Christ.

On this particular night, as the pastor began to read the Word of God to the people, the door burst open. Communist soldiers swarmed the little room. They shouted angrily, cursed the group, and shook guns in the faces of the believers. The soldiers hurled insults and threats; the Christians said nothing.

Realizing who the pastor was, the soldiers’ commander approached him. “Give me your book,” he ordered. Reluctantly, the preacher handed over his most treasured possession. Instead of reverently accepting the book, the soldier viciously cast it to the ground. Collectively, the group held its breath waiting to see what he would do next. Glaring he continued, “You may leave unharmed,” he sneered at the Bible on the floor, “After you spit on this book.”

Gasps and murmurs coursed through the room. “Should you refuse to spit on it, you will be executed.” His words penetrated the Christians’ hearts. Spit on the Bible or die. There were no other options.

Another soldier brandished his gun at one of the men in the group. “You first.”

The man slowly rose from the corner, crossed the room, and knelt beside the Bible. Murmuring a prayer for forgiveness, he spit. The soldiers shuffled away from the door allowing him to pass.

As the Christians watched in silence, the soldier nudged a woman with his gun. “You’re next.” The scene repeated itself. She went forward, spat on the Bible and was permitted to leave.

Up next was a teenage girl approximately 16 or 17-years-old. Quietly she crossed the room and knelt down beside the Bible. Picking up the Bible, she wiped the man and woman’s spit onto her dress. Overcome by emotion, she prayed, asking forgiveness for the weakness of her fellow believers.

The soldier put his gun to her head and pulled the trigger. She was dead before her body hit the ground.

What made this Book so special? Why would a group of people risk their lives to meet secretly in the middle of the night to study it? Why would the young lady give her life for the words it contained? What would YOU do in her place?

Heidi Lynn has a passion for women's ministry and can be found writing at Chronicles of a New Creation. Heidi believes that as Christian women, we were created to serve our families, our churches, and our communities. With this calling in mind, she writes and speaks about organization in homes, families, and spiritual lives.
Previous Designer of Choice, Author of Love
Next Attention Parents: Is Your Christian Teen A “Poser”?