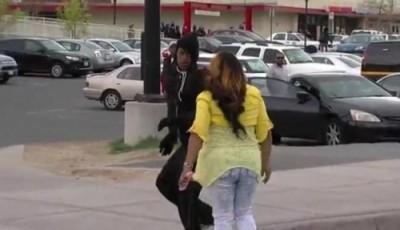 Baltimore Rioting and A Mother’s Love

Toya Graham, a single mother, was watching the rioting on television when she spotted her 16 year old son, Michael. She immediately went into action. After arriving at the scene of destruction, she hunted him down and chased him when he tried to run. When she caught up with him, the mother exchanged more than just words, and demanded that he take off his ski mask. She was determined that he would not become another Freddie Gray, as she pulled him off the streets.  Police Commissioner, Anthony Batts, commented, “I wish I had more parents that took charge of their kids out there tonight.”

Well said, commissioner! Where were the parents? Did they know where their children were? People are pointing the finger at social media and instigators, but the real problem appears to be the breakdown of the family. Parents had to know that there was the potential for the rioting. This means they could have talked with their kids before it happened, and told them not to go along with peer pressure, social media, and even the mayor, it it means getting involved in destructive actions. Has talking to kids become a lost art that has been replaced by electronic media? In far too many cases, I believe it has. Have kids gotten so caught up in social media that they don’t bother consulting their parents about what is right and wrong?

Out of all this shines a love of a mother for her son. Toya Graham risked her safety out of love for Michael. The fact that this story went viral shows that millions of people support what she did.  How many other parents could have done the same, but didn’t?

The Bible talks about parental responsibility. Deuteronomy 11:19 says, in reference to God’s commands, “You shall teach them to your sons, talking of them when you sit in your house, and when you walk along the road and when you lie down and when you rise up.”

Scripture also speaks of children respecting  their parents. Ephesians 6:1-3 states, “Children, obey your parents in the Lord, for this is right. Honor your father and mother…that it may be well with you, and that you may live long on the earth.” This is in reference to one of the Ten Commandments.

This mother and son story is an earthly example of God’s love for humanity. He sent His Son, Jesus, into a world full of strife. He came to pull us off the path of destructive behaviors and wrong thinking, and bring us into His world of peace, hope, and love.

What are some circumstances or problems that you need to come out of? Is there someone whom you can help spare from a destructive influence?

John Livingston Clark is 67 years of age and lives in central Washington State. He has written two published books, and two published poems. His initial book is called, " God's Healing Hope: Breaking the Strongholds of Wrong Thinking." His second book, released in December of 2016, is a motivational book written to seniors titled, " Seniors: Are You Retiring or Recharging?" Both books are available on amazon. You can also view his writings on www.faithwriters.com. John is available to speak on a variety of topics. Visit me at jclarkministries.com
Previous When Your Child Asks Hard Questions
Next Have You Talked to the Devil Lately?