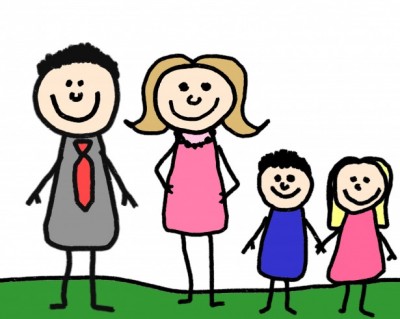 Now king David was old and stricken in years; and they covered him with clothes, but he gat no heat. Wherefore his servants said unto him, Let there be sought for my lord the king a young virgin: and let her stand before the king, and let her cherish him, and let her lie in thy bosom, that my lord the king may get heat. So they sought for a fair damsel throughout all the coasts of Israel, and found Abishag a Shunammite, and brought her to the king. And the damsel was very fair, and cherished the king, and ministered to him: but the king knew her not. – I Kings 1:1-4

How sad! If you’ll read back through the books of Samuel, you’ll see that David had many wives and concubines. He also had brothers and many children. So why is it that at the end of his life, David faced the agony of dying in the arms of a stranger? Could it be because he didn’t cherish his family as he ought to? Sure, David had a lot on his plate. It couldn’t have been easy to be the king and to fight the many battles he faced to maintain his kingship. But we know that even though David was a man after God’s own heart, he was still a man, prone to mistakes and failures.

From the evidence, his family was a doozy of a failure. Michal, one of his wives, despised him. The others are nowhere to be found during his last hours when companionship is so desired. His sons can’t seem to think of anything except who will be king when dear, old dad dies. Let’s face it, there doesn’t seem to be a lot of love running through those family veins. And so, David dies alone, except for a single damsel who took pity on the weak and lonely man. Heartbreaking, isn’t it?

In the days we live in, everything is a blur. We rush to school, to work, to the gym, to church, to the store, and on and on. Rush, rush, rush. We often fail to take the time to stop and eat a decent meal, let alone enjoy the fellowship with our families. We justify our pace by claiming that things must be done and that tomorrow we can stop and smell the roses. But what if tomorrow never comes? What if we continue to put off spending precious time with our families until they are then too busy to even comfort us in our last hours? We’re not promised tomorrow. Why not cherish our families today? Turn off the television and play a board game. Eat dinner at the table and take turns sharing stories from your day. Give and receive hugs, kisses and tender caresses (where appropriate, of course). Make today the day!

I know we love our families, but the question is, do they know it? Have we shown it? Or are we setting ourselves up for a lonely future?

Dana is a full-time Christian author and speaker residing in Greenville, SC with her husband and two dogs. In fulfilling her call to evangelize the lost and edify the saints, Dana spends her days writing devotions, devotional books and books for children, as well as recording podcasts on various Biblical topics. She serves in many capacities at her local church, including the roles of church pianist and ladies' Sunday School teacher. Dana has a passion for souls and longs to be used of God in whatever way He deems necessary. When not writing or serving at church, Dana can most likely be found reading or hiking a nearby trail.
Previous Tearing Down Walls Through The Love of God
Next Lord, Change Me First!