Breaking News
Home / Family / Crazy Marriage Proposals and Everything In Between 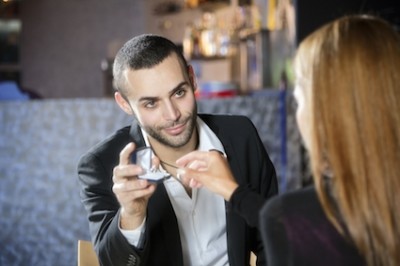 Crazy Marriage Proposals and Everything In Between

Before walking to the altar, and before exchanging the words “I Do,” comes the marriage proposal. It really doesn’t matter if the courting process is for one year or 10 years, women tend to make a big deal over marriage proposals. When the big question is being asked, most ladies desire it to be a magical moment filled with fireworks and frills. They want their suitors to go through the whole nine yards, from having a fancy ring box to getting down on one knee. They want family members present. In fact, they want an audience—the bigger the better.

Well, it is a big deal after all. The man claiming to love you is about to prove he really does. With his request to marry you, he’s declaring to the entire world that he’s off the market and willing to spend forever with you. His proposal is a form of validation that he genuinely loves you more than all the women he’s met. Now, that’s pretty special. The search for “Mrs. Right” is over, and Proverbs 18:22 says, “He who finds a wife finds a good thing and obtains favor from the Lord.”

It has already been established that the question being asked is a big deal. However, “how” it’s being asked is worth talking about too. Mob proposals have become a trend. There are several videos out there of husbands using a mob of dancers as the intro for proposing to their girlfriends. Some men prefer popping the question on an unusual ride, such as a helicopter, an airplane or a boat. Then there’s the classic diamond-ring-in-a-champagne-glass-at-dinner-stunt. It’s traditional, but it never gets old.

But there are some gentlemen who will go to even greater lengths to request their lady’s hand in marriage. There’s a guy who wrote a song for his girlfriend about their relationship, at the end of the song, he asked her to marry him. Another guy brought out the whole community to watch when he decided to propose to his partner by blasting the car radio in the streets, putting on white gloves, and lip-syncing, signing, and dancing for her. One guy staged an entire wedding—with a pretend bride and groom and everything—just to ask his girlfriend to marry him. And there are even crazier moves men pull just to execute a marriage proposal. The list of creativity is endless.

“House and wealth are inherited from fathers, but a prudent wife is from the Lord.” (Proverbs 19:14)

How far would you go, or have gone, to execute the perfect marriage proposal?

Amelia Brown is from the beautiful island of Jamaica. She is a 28 year old Guidance Counselor by profession, but a passionate writer at heart. Most of her articles written are aimed at stimulating positive change under the guidance of the Holy Spirit. She is also a published poet and a member of Faithwriters. Outside of writing, she enjoys volunteering, cooking, and turning frowns right side up. Amelia currently lives in New York.
@ameliambrown
Previous 3 Types of Curses and How To Break Free
Next Christians, We are Under a Microscope!