Breaking News
Home / Family / Even Through The Storms 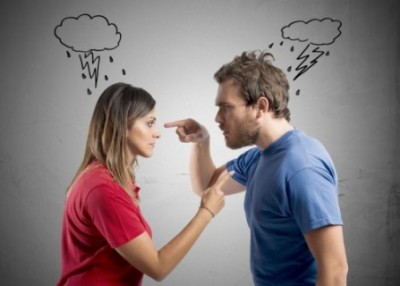 Even Through The Storms

As a kid, I saw a lot of interesting interactions between my parents. My Mom and Dad threw house parties together. They drank alcohol and smoked cigars and cigarettes side by side for years. I heard them laugh together, in the wee hours of the morning. I also saw them at their worse; fighting. As they grew older, they seemed to drift further and further apart, as if the trials of life together strained their individual desires. Little things caused mountainous eruptions between them. Sure, they still enjoyed the occasional Sunday morning coffee together. But, marriage really became difficult for them. It seemed to remain that way right up until the day my Mom died of cancer and my Dad suddenly found himself a widower.

My parents were not Christians. We grew up attending Sunday church, but it was more of a religious act than actually learning to develop a relationship with Jesus. Today…I think my Dad would give just about anything to have back some of those precious years he shared with my Mom; good and bad.

There came a time in my marriage, when I almost crossed the divorce line with my own wife. I’d seen what a miserable couple looked like while growing up, and chose not to go that route. For a time, I felt as if my wife wasn’t worth fighting for. Just as I was ready to step over that line and shatter my family, God stepped in and rearranged a few details in our lives.
When God captured my heart, one of the first things He cleared up for me was the importance of marriage.

Romans 7:2 says, “For a married woman is bound by law to her husband while he lives, but if her husband dies she is released from the law of marriage.”

That scripture made something clear for me. Since I had no intention of dying anytime soon, I couldn’t simply get rid of my wife through divorce, because I didn’t like her anymore. God gave me a second scripture just to reaffirm what I was expected to do as a married man.

Ephesians 5:33 reads,“However, let each one of you love his wife as himself, and let the wife see that she respects her husband.”

Growing up under the shroud of dysfunction skewed my view of marriage. I didn’t realize the power of the phrase, “till death do us part” until the Lord breathed life into our marriage. There are days when my wife irks me to no end. Likewise, I push her anger buttons from time to time. But God showed us that you never give up on each other. Through sickness and in health, despite their differences, my Dad stuck by my Mom’s side to the end, even when God was absent from their marriage; even when he didn’t like her much. They held on. I’d like to think we can do better, because God’s in the center of ours. His love covers a multitude.

@Ennis_C_Smith
Previous Suicide Derailed
Next Nail It To The Cross