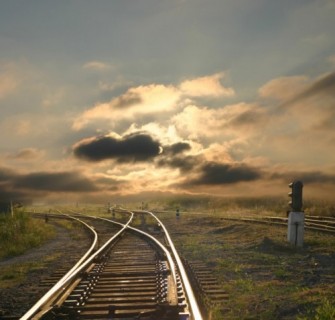 Lacey Sturm knows the depths of depression that destroy life.  Raised knowing about God, the tragedies and evil of the world sucked her into a vortex of darkness.  When she was only ten, the murder of her three-year old cousin sent her deeper into the downward spiral.

“If God was big and good, why wouldn’t he protect my cousin who was so tiny, so awesome and so brilliant?” questioned Lacey.  She went on to explain, “That was the year I used to cry myself to sleep every night and stopped believing in God.  I couldn’t get away from my depression.”

A confirmed atheist by her teen years, Lacey rejected the boundaries of her mother and left home to live with her grandmother.   Unable to find peace in music or any other religion, suicide seemed the only option to her pain and confusion.

“I decided I didn’t want to do life anymore,” Lacey shared with the crowd of teens and 20-somethings at an event in 2011.

A miraculous intervention of God transformed the life of this young woman.  She tells the story with power and humility in the Billy Graham, My Hope video.

From those depths of despair began an adventure that keeps unfolding.   For more than a decade, Lacey has traveled coast to coast singing and sharing the love she found in Jesus that night in 1997.   Enthusiasm and humility pour forth as she speaks of the joy she feels that God allows her to speak about Jesus Christ.

Today everything about this 32-year old wife and mother of two exudes life.  Christ is the song of her life, and the music that pours forth gives life to many.  The former lead singer of the Christian group, Flyleaf, Sturm has also received Grammy nominations for her work with Third Day.   In 2013 she delighted in the honor of participating in the Billy Graham, My Hope outreach.  This year she becomes a published author when her book, The Reason: How I Discovered a Life Worth Living is released in October.

The renewal of hope in the life of Lacey Strum is the desire of God for every life.  As the tagline of her website says, “No matter who you are, what you believe, what you do or what you have done…God Loves You.”

Billie Jo is wife to Craig and mom to Rusty and Riesa. Formerly employed in the human service industry, the past fifteen years have been dedicated to homeschooling. She is a freelance writer for a number of print and internet publications. She is also passionate about serving in the community. She works in a GED preparation ministry and a community-based servant program that provides opportunities for youth to serve others. It is passion for the love of Jesus and His transforming work that motivates her writing and serving. "I love to see God at work in the lives of others and this is the way I see best."
Previous Do Video Games Misrepresent Women?
Next Even Through The Storms