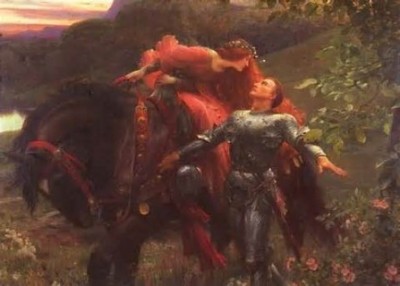 As young children, television teaches that Knights in shining armor always win the heart of the fair maiden. All he has to do is rescue her from perilous dangers and she will immediately fall in love with him, forever. Unfortunately, in the adolescent years, the world’s formula for dating often times shatters that fantasy. Young men and women experience the pain associated with flaky commitments and impending breakups, only to find a new partner to repeat the process. By the time a young man reaches adulthood, the world-culture view of relationships has perverted his perception of what commitment really means. In today’s world-culture, the marriage commitment extends only as far as a person’s immediate desires. Once the desire has died, its time to move on to someone new.

God was pretty serious about one man cleaving to one woman until death. He placed several scriptures in both the Old and New Testament solidifying the idea. Here are two:

Genesis 2:24 – “That is why a man leaves his father and mother and is united to his wife, and they become one flesh.”

Ephesians 5:31 – “For this reason a man will leave his father and mother and be united to his wife, and the two will become one flesh.”

It was important enough to include the same message before the time of Jesus’ earthly ministry, and after his resurrection. Notice, God didn’t say, “A man will leave his father and mother and be united to his wife, until she is of no further use to his carnal desires; at which point, he may divorce her to find someone capable of fulfilling his every fantasy.” Yet, this is exactly how so many families are torn apart in our society. Too many adults are still behaving as adolescent-minded children ignorant of the bible’s true intent for marriage. Selfish tendencies make the childhood fantasy relationship of Knight and fair maiden an impossibility.

But in God’s kingdom, the fantasy is reality. Every wife wants to feel safe, loved and respected. When those needs are met, they are reciprocated with adoration, affection and consideration for her husband’s desires. We men have to learn to fight for our fair maidens. Satan will set imposters before our wives, in many forms; material items, distractions, or other men. We have to constantly woo the woman we love; the one God set before us. When she feels special, you will be rewarded as her Knight in shining armor.

@Ennis_C_Smith
Previous Stories To Salute The United States Military
Next You be the Judge?-Part II (judging the heart)