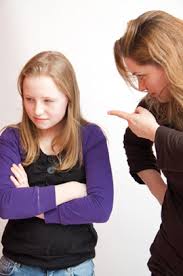 Faith and the Family – The Wayward Child

It’s a Christian parent’s greatest fear that their children will walk away from the faith when they are older.  I have seen this in my own church.  Our youth group is definitely on fire for God.  I have been in this church for ten years and it was a thriving body when we began attending, with a large group of youth following and working for Jesus.  The youth were very involved.  We are talking, youth camp every summer, coming back with testimonies and conviction of serving the Lord.  They led services, performed human videos, went to the high school football games and witnessed to their peers; they declared intent to be pastors.  We are not talking about some weak quiet faith.  The biggest shock for me has been seeing these young people graduate high school, walk into the world, and never return.

The sheer numbers are shocking on their own, but pair this with what these kids are getting into and it is really baffling.  Of this group, very few are still serving the Lord right now.  Our keyboard player went off to Bible College for one year; he came home declaring that college was not for him.  College is not for everybody.  There is no shame in that at all, but at loose ends, he fell in with a bad crowd.  Almost overnight it seemed he was drinking heavily, doing drugs, and running from the law.  He eventually wound up in jail on a drug charge.

His sister was sucked into the same crowd.  Along with the drinking and drugs, she got pregnant, decided to give the baby up for adoption, yet wound up taking him back after he was born.  This was God’s provision, because she has turned her life around.  God has used babies for centuries to save people; Jesus was the first, but there have been many more since.

Another keyboard player was seriously injured in a car accident.  After he recovered, he went out into the world, got mixed up in things he shouldn’t, and had a child who saved him also.  Another young man, following the first young man mentioned, was into drinking and drugs.  He now has a son who saved him also.  Isn’t God good?  Two of the girls are now living with a boyfriend, to the parent’s sorrow.

It’s like an epidemic, and frightening for any parent.  Some have stayed on the path, but more have left it.  Why?  “But I am afraid that as the serpent deceived Eve by his cunning, your thoughts will be led astray from a sincere and pure devotion to Christ.”  2 Corinthians 11:3

The Bible is clear that most people will not be saved.  “Lord, are there few that are saved? But he said to them: Strive to enter by the narrow gate; for many, I tell you, shall seek to enter, and shall not be able.” (St. Luke 13:23-24)

So, what can parents do?  As painful as it is to see our children, who once served the Lord, fall away.  We wonder, what will become of them?  We all know the old saying, you can lead a horse to water but you can’t make him drink.  No one can force another person to follow God.  They either will, or they won’t.  What we can do is pray.  We know God hears our prayers and answers, so let us be on our knees before the throne night and day, interceding, not just for the lost children, but for all the lost in our earthly family and our church family.

It is heartbreaking, I know, but never give up hope.  Keeping praying and keep loving them.  “Above all, love each other deeply, because love covers over a multitude of sins.” 1 Peter 4:8

Previous Fear of Judgment
Next Our Hope: God’s Hand Can Reach Down