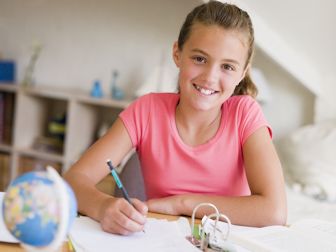 One of the freedoms that exists in America is the option of parents homeschooling their children. According to the latest statistics it is the fastest growing educational movement in the United States, and has gained momentum in ten other nations. There are 2.2 million children being schooled at home and that number is increasing by 2-8 percent per year. It includes all segments of the economic, political, and religious culture.

A candidate running for Lt. Governor of South Carolina, E. Ray Moore, has gone so far as to say that he opposes Christians sending kids to public schools because they are disobeying God by putting them “under false doctrine and in harms way.” Moore directs the “Exodus Mandate,” a Christian ministry that helps families make a transition from public to home schools. Albert Mohler, president of the Southern Baptist Theological Seminary, adds to this by saying that parents “who take the Christian world view seriously and understand the issues at stake” don’t consider public schools an option. Each of these men have made very strong statements, but are they correct assessments? Proverbs 22:6 tells parents that they should “train up a child in the way he should go, and when he is old he will not depart from it.” Does this mean that they are violating scriptural teachings by sending their kids to public schools?

After spending over a decade working in the public school system I fully understand why many parents are opting out. I also live in an area that has a high percentage of homeschool students. These students are very well disciplined and of high moral character. Even though I am inclined to side with homeschooling there are pros and cons on both sides. I do not believe that one side is totally right and the other totally wrong. The main issue is that the parent should have control over what the child learns and how it is taught. For that reason, homeschooling is the better option.

I do not agree with Mr. Moore. He made a very extreme statement which ignores some very good things happening in the public schools academically, especially with the ones that are doing education in non-traditional and unconventional ways, and have test scores in the ninety percentile. Aside from academic content and methods, the moral decline is a legitimate cause for people to withdraw their children from the public schools. However, we are told in the Bible to go into all of the world with the intent of being a spiritual witness (Matthew 28:19-20). Many Christian students are doing a masterful and bold job of doing that. In essence, public schools need Christian students in their midst.

There are several examples of Christian students taking a bold stand for their faith. In Mustang, Oklahoma, 170 high school students have signed up for a Bible curriculum offered by the district. Red Bank High School in New Bethlehem, Pennsylvania, has a Bible club consisting of 300-350 students who wear T-shirts with the Bible club logo on them around campus. At a high school in Arizona the entire senior class chose to have prayer at their graduation against the ruling of the superintendent. What Mr. Moore is forgetting is that students have a constitutional right of religious expression, and many of them are exercising that right and having an impact in a godless, educational environment.

Mr. Moore has put the blame on the public schools for the turning away from God and traditional values. That is not entirely true. It is equally the fault of some families, Hollywood, media, and many Christians not taking a stand against moral and spiritual collapse.

The question to ask is “At what point does the good outweigh the bad?” Out of all the various factors to consider, like academic excellence, individualized and custom learning, family interaction, biblical teaching, and social skills with a diverse mix of people and races, the parent must decide what is best for the emotional, academic, and spiritual development of their child. As important as it is to not needlessly put our kids in a godless and sometimes hostile environment, all of these other factors dare not be neglected, and some might better be developed in a public school environment. Even though there may be an academic pace of individualized learning and letting kids soar into their future like the “Brainy Bunch” that was in the news recently, where a family saw seven of their kids go to college by age 12, one may not know how to deal with worldly influence and diverse points of view if all they are exposed to is other people who think and act like they do. Individualized learning at one’s own pace and tailored to their God-given dream and passion in life, however, can be a huge drawing card for homeschool education.

Either way one looks at this whole issue of homeschooling versus public schools, the important thing to remember is that education begins in the home, and students can and should be schooled at home in biblical and moral issues to make than better equipped for society in general, whether or not they attend a public school. With that said, each and every student should be homeschooled.

John Livingston Clark is 67 years of age and lives in central Washington State. He has written two published books, and two published poems. His initial book is called, " God's Healing Hope: Breaking the Strongholds of Wrong Thinking." His second book, released in December of 2016, is a motivational book written to seniors titled, " Seniors: Are You Retiring or Recharging?" Both books are available on amazon. You can also view his writings on www.faithwriters.com. John is available to speak on a variety of topics. Visit me at jclarkministries.com
Previous You be the Judge?-Part II (judging the heart)
Next Chasing the Devil