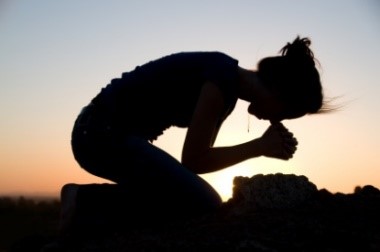 I will never forget the day my only child told me he “was gay.” I hit the floor, and I began weeping uncontrollably and hyper-ventilating. I felt I could not breathe. I had heard his words, but my mind began to think, “Where did I go wrong and how did I miss this?” I immediately placed the blame on myself and carried this heavy weight of guilt for years, after all I am his momma and was I not responsible for his actions?  My son was only in the 7th grade when he told me of his sexual orientation. I was shocked and lived in denial for almost a decade after.

My son began experimenting with drugs in Junior High School. He was hospitalized in a psychiatric facility in the 8th grade for overdosing on cold medicine and for hallucinations he was having. During this hospital stay he was given numerous mental health diagnoses and several medications to treat them. I was beyond overwhelmed and brokenhearted. He seemed to spiral downward after this first hospitalization. He got more involved in drug use and lived rebelliously in many ways.

When my son was in his senior year of High School, someone “mysteriously” placed in our mailbox a note that said my son was addicted to marijuana and ecstasy. Upon confronting my son of this news, he admitted he was addicted to not only these drugs but to cocaine as well. Once again, I found myself feeling like I could not breathe. Once again, I thought,” How did I miss this?” I was so broken and crushed that I went numb for a long time after. We immediately placed him in Mercy Ministries for his addictions. This program lasted for 3 months, which he completed; then he was transferred to Teen Challenge for their 1 ½ program. My son had one month left from graduating Teen Challenge, but on April fool’s Day 2010 he called me to inform me that he had left the program. Once again, I was grief-struck. I did not understand what had happened, but I soon found out that he left the program with a man that he met there. My son moved back to our hometown where he began a 2 year relationship with this man he meet in Teen Challenge. Shortly after coming home from Teen Challenge my son received a DUI (driving under the influence), and had his licensed suspended for a year. He totaled his car at that time. Fear had now crept upon me because of the numerous car wrecks he had gotten into and now this DUI. I was afraid to answer my phone or my door. I began living in fear of the unknown. After his DUI and arrest, he began living with another man, and that relationship lasted for over a year. He lives alone now, still reads the Beth Moore devotional I gave him years ago, and now lets me pray with him and speak to him about God.

Now it has been 12 years since my son first told me he was gay. Many years I have lost weeping, grieving, and fearful. There have been so many things that I have learned over the years that I wish someone would have shared with me. I felt so alone, and yes, even in church. I was embarrassed, ashamed, and depressed. I lost the ability to function in society and life in general. I lost all my hope. I placed my hope in my son, not in Jesus Christ. My son is still a prodigal, and I still wait and expect for his full return to the Lord. The Lord has given me grace to go through this adversity. Jesus has never left me, and I am closer to Him as the result of my hardships. I have learned how to be a “praying momma.” I know how to warfare pray not only for my son but for others. I am more compassionate to others who are hurting and are in pain. I CHOOSE to focus on what I do have, my blessings instead of focusing solely on my son. I am learning to live again and enjoy life; it is okay to enjoy your life while praying for your prodigal child to come back to the Lord. I finally understand that I can have joy despite my circumstances (1 Thessalonians 5:16-18).

If you are a prodigal parent, never stop believing and praying! Go to your “war room,” and intercede for your child. It is a spiritual battle, but we may never know what is taking place in the unseen spiritual realm as we contend and intercede for our children. As Christian parents, we must STAND IN THE GAP for them. Every day I get up and say, “Maybe today my son will return to the Lord, but if not today I will still hope that maybe tomorrow he will.” I then go about my day and find joy in what God has blessed me with. I am so blessed for all that God has given me, I focus on those things instead of my plight.

Through all of this, I have learned to love my son unconditionally. I have a deep and abiding love for him, and I know that Christ is the one who enabled me to love my son during the depths of rebellion towards God and his parents. I can say now I know how to love like Christ.

This is the scripture I stand on:

Believe on the Lord Jesus Christ, and you will be saved, you and your household. Acts 16:31

For a dose of encouragement and hope on a gay prodigal son coming back to the Lord. Christopher Yuan shares his testimony with his mother Angela Yuan on Revive our Hearts.

If you are a prodigal parent, how do you cope? How can we pray for you today?

Stephanie has a heart and passion to see broken lives restored and redeemed through Jesus Christ. She writes through her personal experiences and her educational and professional background. She has over 17 years experience in counseling, and has a Master's degree in Social Work, Bachelor's degree in Psychology, and is a Licensed Belief Therapist. Stephanie has been married for 16 years,and has one grown son. Stephanie's desire through her writings is to bring hope and encouragement to the body of Christ, that no matter what you have been though or going through, there is restoration and redemption through Jesus Christ.
@Stephrreck
Previous Will You Be Ready When The Perfect “Spiritual” Storm Blows In?
Next Living the Dream?