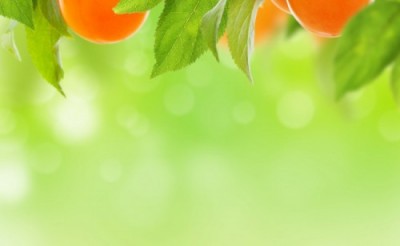 This is a story, set at Christmastime, about a little girl who lived in central Illinois and sent a letter to Santa in December, 1908. She graciously forgave him for overlooking her home the year before, blaming it on the smallness of the stockings at the family fireplace—too hard to see. All this little one asked for that Christmas of 1908 were oranges for her family to enjoy. Compared to today’s Christmas celebrations, it would hardly be considered a celebration at all. Still, one can’t help but smile at the thought of her innocent faith, even in an imaginary character.

She was a Christian, attending the Methodist church two miles from her home. As a young woman, she was known to walk that two miles when her health permitted. She lived during the time when the average American saw around 38 to 40 years. She would live for 32 years , contracting tuberculosis as a teen and never recovering. She never had any children of her own, or even a husband. Still, from all accounts she was a joy-filled girl who told family when she was bedridden in her disease that, though she wished to live, God “had work for her to do there.” Her faith extended far beyond a childish belief in St. Nick to fill her small stocking. She had a childlike faith in God and trusted Him with her life here on earth, shortened by that dread disease.

One can argue that letters to Santa have nothing to do with the true meaning of Christmas, which is the birth of our Savior. But perhaps there is a lesson to be learned from a letter written over 100 years ago by the hand of a sweet, trusting child—a lesson in childlike faith. Matthew 18: 2-4 talks of being like a child when it comes to faith in God: And He called a little child to himself and put him in the midst of them, And said, Truly I say to you unless you repent (change, turn about) and become like little children (trusting, lowly, loving, forgiving), you can never enter the kingdom of heaven (at all) whoever will humble himself therefor and become like this little child (trusting, lowly, loving, forgiving) is greatest in the Kingdom of heaven. (Amplified)

My prayer for you as you read this story is that you, too, will know Him, coming to Him in simple childlike faith and believing that He is, and that He loves each of us and has a place for us in His Kingdom—we need only receive the Gift.

My husband Dan and I have three children and three grandchildren. We live in central Illinois. I am a graduate of The Institute of Children's Literature, a member of faithwriters.com, and a member of SCBWI. My writings have been published at chirstiandevotions.us, in DevotionMagazine, the PrairieWind Newsletter, and here at thebottomline.co.
Previous We Live In A Dark World: So How Is God With Us
Next Got Solid Food? A Look at Spiritual Maturity