Breaking News
Home / Family / Should I Spank My Child? 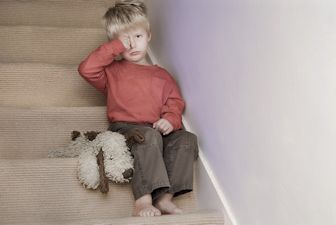 Should I Spank My Child?

Should I Spank My Child?

Prov 13:24 He that spareth his rod hateth his son: but he that loveth him chasteneth him betimes.

Spanking a child has become such a controversial issue these days. People want to call it abusive, unfair, or downright mean. However, I would assert from a biblical perspective that it is a fantastic way for correcting one’s child. Let’s look at the facts.

As Prov 13:24 tells us, sparing the rod is actually hateful, but chastening with it is an act of love. If the Holy Bible says it you can be certain there is merit to it. The punishment is quick, effective, and if done properly the child’s behavior will hopefully be corrected. I would suggest making sure the child understands exactly why they’re being spanked.

Prov 22:6 Train up a child in the way he should go: and when he is old, he will not depart from it.

That’s right! Train a child properly and when he or she grows into adulthood they will conform to what you have taught them. This is achieved through loving correction, which can be achieved through use of the rod. I know this works because it worked on me. I got spanked as a child, and eventually I conformed to the things my parents were trying to teach me. It may have taken a little time, but it worked!

Another facet of spanking that I want to point out is that it gives a child a chance to recover from their misdeeds and set things right as opposed to many other punishments. Once you spank a child, it’s pretty much a done deal. They may be upset for awhile, but they’ll get over it. The important thing to remember is that the opportunity is there for them to recover and have a fresh start. Remember, God is ready to forgive and forget, so we should be ready to forgive them and put their incident in the past as well. In Heb 8:12, it actually talks about how God forgets our sins.

Johnny is 14 years old and was told to be home by 4 pm, from visiting his best friend, so he can get ready for dinner. He shows up at 4:30 pm covered in mud and tracks it all over your freshly shampooed carpet. You ask him why he’s late, and he refuses to answer. What do you do?

A: Ground him from going out for the next week since he was late getting home
B: Take away his phone and television privileges for the next three days
C: Spank him
D: Do Nothing

I’m sure you guessed that the right answer was C, but lets look at why the other answers were bad choices. If you ground Johnny from going out or take away his privileges, you’re going to interfere with his social development. He needs to interact with others, even if it’s over the phone. If not, he’s going to struggle with social skills when he reaches adulthood and this could even lead to struggles with job development. If you choose D, and simply do nothing, then nothing is going to get better.

So the correct answer was to spank him. Lets look at why this was a good choice. Johnny gets spanked and he immediately has the opportunity to apologize and set the situation right. He can clean the carpet and offer to make better attempts in the future at getting home on time. This choice also does not limit his social skills. This doesn’t mean Johnny will respond this way, but the opportunity is there for him to do so. The parent can also choose to sit Johnny down and explain why it’s important for him to be home on time. Spanking sets up the possibility for a lot of positive interaction and creates an immediate window for forgiveness.

Friends, lets use good judgment when we pull out the paddle. Let’s not whoop these kids senseless. We’re not trying to make them walk funny for a week. We’re trying to give them an understanding of discipline. Also, don’t be afraid to let your child know how much you love them before and after you spank them. Children need to know that spanking is an act of love and obedience to God. Let’s use a bit of common sense with this practice so that the child is actually gaining for it. Thank you for reading and God bless.

Joel M. Bauer is a 45-year-old U.S. Army Veteran from Dunn, NC, which is just outside of Raleigh. After being honorably discharged from the U.S. Army, he attended school at Taylor University, a Christian liberal arts school, in Fort Wayne, IN, where he received his BS in social work and psychology. He has worked in such places as a homeless shelter, a community based treatment center for severe mental illnesses, a school for troubled students, and other social service agencies. His current endeavor is to build The Bottom Line website into a site that inspires both Christians and non-Christians alike, and brings glory to God.
Previous Facing the Giant Head On
Next Sharing Faith as a Writer